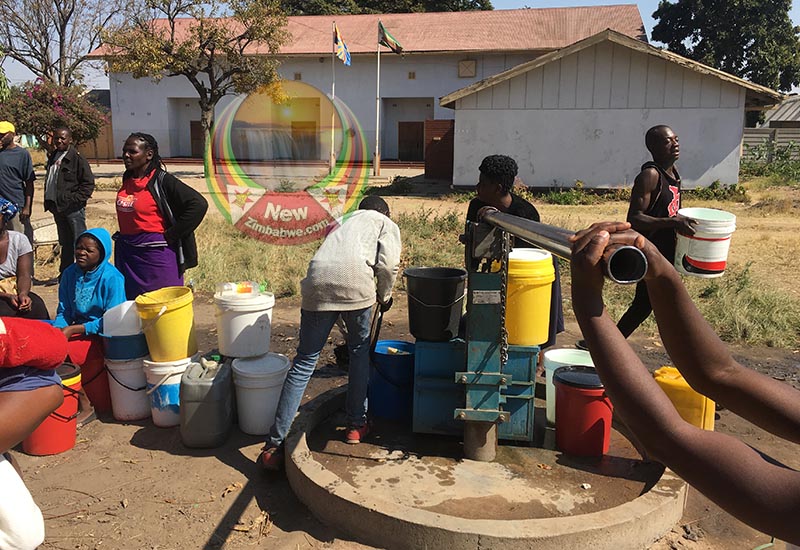 More than 1,000 cases of diarrhoea reported by November 20 as residents resort to untreated water

Harare’s water crisis has sparked a mass outbreak of diarrhoea, with health authorities recording more than 1,000 cases in less than a month.

The real number could be even higher, with city officials saying many residents are suffering at home without seeking medical help because they do not realise they can get free  treatment.

A shortage of water-purification chemicals has left parts of Harare — including the high-density suburbs of Glenview and Glen Norah — without running water for more than a month.

Physical fights have broken out at community boreholes that the government  drilled at the beginning of the year as people queue for hours to collect water with buckets and other containers.

Now residents of the capital are taking drastic measures to secure their own supply, digging shallow wells and relying on open,  untreated water sources. One mother whose baby drank such water, Shelly Mukono, 31, told the Sunday Times the 10-month-old infant developed  diarrhoea.

“I have to fetch water at shallow wells. Sometimes if l am lucky l get water at a borehole. Recently my baby got very sick. For a week she was vomiting and had watery diarrhoea because of drinking contaminated water.

“As a mother it’s difficult to watch your baby sick. Luckily l managed to take her to the clinic and she was treated,” she said.

“But it’s still a struggle. Every day my constant worry is wondering if my baby will get sick again. Buying bottled water is a luxury we can’t afford but sometimes l sacrifice just to buy one small bottle of water for the baby. But most of the time we drink water from the shallow well.” 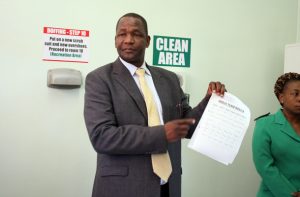 Harare City Council’s head of health services, Dr Prosper Chonzi, said 1,115 cases had been recorded from October 24 to November 20, an average of about  250 cases a week.

“The numbers are not yet alarming but it has the potential to be real outbreak. Cases are mostly in the high-density suburbs where there is a lack of clean, running water, as well as ruptured sewerage pipes, which is the cause of diarrhoea.”

Chonzi said the number of people presenting with typhoid are “low”, with “five-six cases per week”.

“Our clinics have reported cases of children with diarrhoea, but so far we have no cases of children dying.  But it’s still worrying to have cases of diarrhoea in children. Children can quickly get dehydrated and die from the disease. As the city council we do disease surveillance, following up on suspected cases and contact tracing.

“All our clinics are testing for diarrhoea and giving free treatment. It’s unfortunate that most people don’t know that treatment is free. It means people are getting sick and dehydrated at home without seeking medical attention.”

Joylene Nyachuka, 33, a mother of two from Glen Norah, who has gone without water for a month,  says memories of the cholera outbreak are still fresh for her.

“l only manage to get two buckets of water from the borehole and it’s not enough for my family. The water crisis is affecting our everyday life. We spend hours in water queues and go to the borehole at odd hours of the night when the queues are shorter,” she said.

“Recently we had a diarrhoea outbreak in the whole neighbourhood. Many people were sick and it was scary; it brought back memories of the 2008 cholera outbreak.”

The city also ran out of water-treatment chemicals in August and had to shut down the Morton Jaffrey water treatment plant. This left more than 2-million residents without water for five days.

The council’s acting spokesperson, Innocent Ruwende, said the city had  resolved to ration water while waiting for the delivery of chemicals.

Bulawayo, with a population of  about 650,000,  is also battling.  In August, residents learnt that the city’s  borehole water had been contaminated by raw sewage and contaminated soil. The following month the city reported 1,544 diarrhoea cases and two deaths.

Earlier this year, President Emmerson Mnangagwa launched a borehole scheme to ease the water crisis and 435 boreholes were drilled across the country. However, many have begun to run dry due to over-extraction of water.