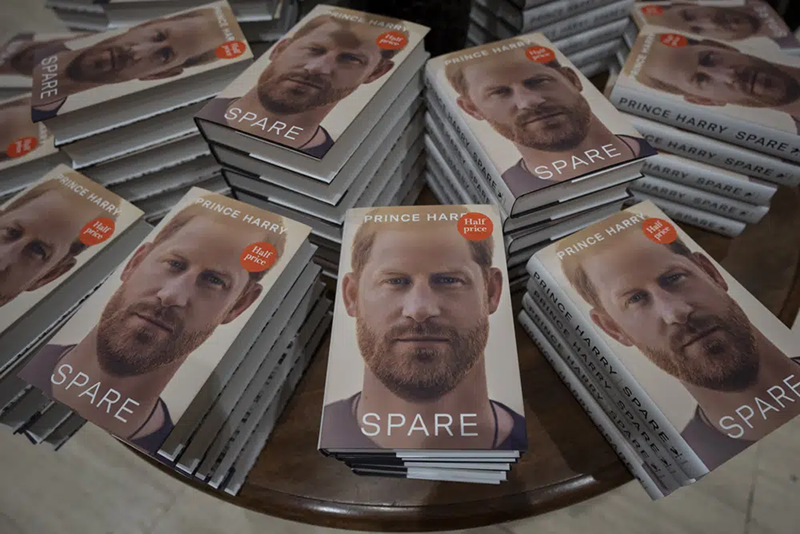 LONDON: In public, they present a united front — always. But Prince Harry has a very different story to tell about the British royals and the way they operate.

Harry’s explosive memoir, with its damning allegations of a toxic relationship between the monarchy and the press, could accelerate the pace of change already under way within the House of Windsor following the death of Queen Elizabeth II.

Harry’s description of royals leaking unflattering information about other members of the family in exchange for positive coverage of themselves is but one of the more tawdry allegations in his book, “ Spare,” published this week. The prince singled out King Charles III’s wife, Camilla, accusing her of feeding private conversations to the media as she sought to rehabilitate her image after her longtime affair with Charles when he was heir to the throne.

Far from the unity that is presented in public, the royal family and their staffs are depicted as scheming rivals, ready to stab each other in the back to make themselves or their bosses look better in the public eye. The palace that Harry describes resembles a modern version of the court of King Henry VIII, where courtiers jockeyed for the monarch’s favor and some lost their heads.

The book leaves the impression of a deeply dysfunctional British royal family whose members are so concerned about the tabloid press that they are forced to make deals with journalists, says Ed Owens, author of “ The Family Firm: Monarchy, Mass Media and the British Public, 1932-53.” And the public, when faced with this proposition, may think twice. 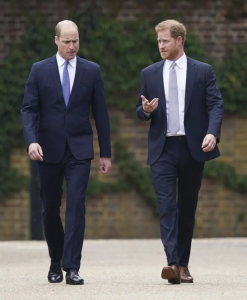 Britain’s Prince William and Prince Harry, right, arrive for the statue unveiling on what would have been Princess Diana’s 60th birthday, in the Sunken Garden at Kensington Palace, London, July 1, 2021

“I think there needs to be some kind of reset, and we need to think carefully about what the monarchy is, what role it plays in society,” says Owens, a historian. “Because this idea of `we, the British taxpayers, pay and in return they perform’ — it’s really a broken and corrupting kind of equation.”

Largely funded by taxpayers, the monarchy plays a mostly ceremonial role in British society these days — masters of soft power. But supporters argue that the institution still serves a vital role, uniting the country behind shared history and traditions embodied in both the grandeur of royal ceremonies and the day-to-day work of royals as they open schools and hospitals and hand out honours to those who serve the nation.

News coverage of the royal family generally falls into one of two categories: carefully orchestrated public appearances or sometimes chaotic stories about the private lives of royals based on unidentified sources.

But change may be at hand.

The history of colonialism — so deeply intertwined with the crown — is being re-examined around the world. Protesters have torn down or defaced statues in British cities, and internationally respected universities such as Oxford and Cambridge are changing their course offerings. It all adds up to one thing: An institution that was once the symbol of the British Empire is facing scrutiny as never before.

Charles, who became king after the death of Queen Elizabeth II in September, faces the challenge of modernising Britain’s 1,000-year-old monarchy to guarantee its survival. He has already said he plans to reduce the number of working royals and reduce the cost of the monarchy.

This has been a long time coming, perhaps, but was delayed by one key factor: Elizabeth herself.

Personal affection for the queen meant that the monarchy’s role in British society was rarely debated during her seven decades on the throne. Now that she’s gone, the royal family is confronting questions about its relevance in a modern, multicultural nation that looks very different than when Elizabeth ascended the throne in 1952.

In Elizabeth’s world — governed by the mantra “never complain, never explain” — the sort of personal revelations in Harry’s book would have been unthinkable. He describes his mental health struggles following the 1997 car accident that killed his mother, Princess Diana, He recounts a physical altercation with his older brother, Prince William, reveals how he lost his virginity and describes using cocaine and cannabis.

“Spare” is the latest effort by Harry and his wife, Meghan, to tell their own story after they quit royal life and moved to California in 2020, citing what they saw as the media’s racist treatment of Meghan and a lack of support from the palace.

In the ghostwritten memoir, Harry, 38, alleges that Camilla forged connections with the British press and traded information on her way to becoming queen consort, essentially feeding unflattering stories on Harry and Meghan to the press in exchange for better coverage of herself.

The allegations are particularly sensitive because of Camilla’s role in the acrimonious breakdown of Charles’ marriage to Diana. While many members of the public initially shunned Camilla, she has won fans by taking on a wide range of charitable activities and has been credited with helping Charles appear less stuffy and more in tune with modern Britain.

“I daresay some members of the royal family have passed stories to the press through their courtiers over the years, but it is absurd and naïve to infer that this was part of an orchestrated attempt to destabilise Harry and Meghan,” he wrote. “Royals are not puppets of the press, since — if they have any sense — they realize they can be biffed as well as praised. The wise ones know how to take the rough with the smooth.’’

But unlike Elizabeth, who famously issued a statement suggesting that “some recollections may vary” when confronted with racism allegations after Meghan’s interview with Oprah Winfrey in 2021, Buckingham Palace has responded to the first major crisis of Charles’ reign with silence.

That has left Harry to dominate the headlines on both sides of the Atlantic, apparently being served tequila on a late night U.S. television show and repeatedly talking about the House of Windsor’s dirty laundry.

Since this isn’t the first scandal to rock Buckingham Palace —among other sensations, Elizabeth’s uncle abdicated the throne to marry a divorced American — many of those who bought Harry’s book on Tuesday seemed certain the institution would weather the storm.

“They just have to shrug it off and carry on being the royal family,” James Bradley, 61, said as he bought a copy. “After the queen’s death, the royal family’s stock has never been higher in my lifetime, and this will just bounce off. In six months’ time we won’t be talking about this.”

But Steven Barnett, a professor of communications at the University of Westminster, expects Harry’s revelations to push the palace to be more transparent— perhaps more like other institutions such the White House or the British prime minister’s office at 10 Downing Street.

“He’s done us a favour in exposing the collusive nature, the conspiratorial nature of relationships between the royal family and the British press,” Barnett says. “They will have to change the way in which they do business with the press. And that’s a good thing. It’s a good thing for the monarchy and it’s a good thing for British society.’’