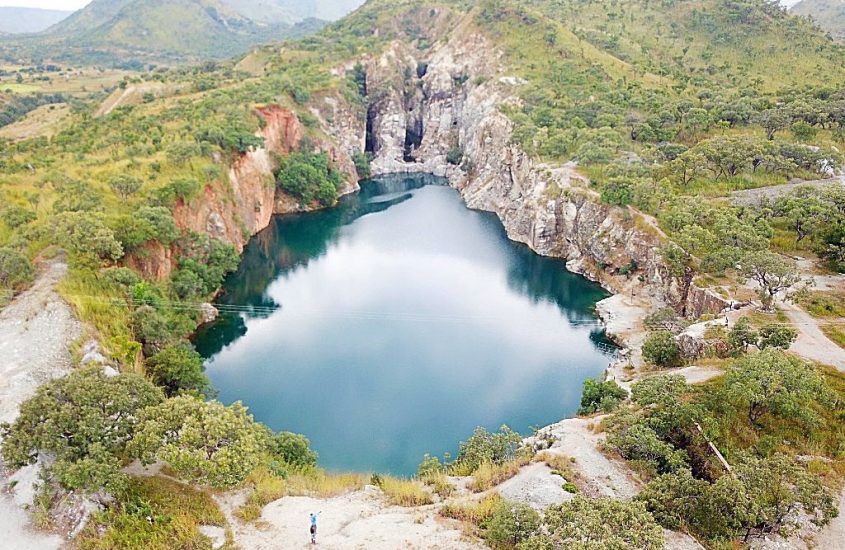 AN explosive dispute emerged between villagers and the government over the controversial licensing of a private company to mine chrome Mutorashanga.

The villagers are up in arms with the company which was licensed to extract the precious mineral within the age-old Green Pool which has unqualified sentimental value to the community.

The conflict was laid bare during parliamentary evidence hearing of a petition by three villagers in the area who alleged that the government’s ceding of mining rights to Amazon (Pvt) Ltd would destroy the heritage and tourism facilities.

Amazon has been awarded a 25-hectare piece of land within the Green Pool area to mine chrome.

The Green Pools are a remnant of Ethel Mine, an asbestos mine that was closed after it collapsed some decades back.

The villagers alleged in their petition petitioners alleged and want the area to be placed under auspices of the Protected Places and Areas Act (Chapter 11:12) or Environmental Management Act (Chapter 20:27).

Samson Mugwa, Clemence Gonde, and Peter Mashayamombe’s told the joint committee that they would fight Amazon, but government representatives insisted there was nothing amiss.

“Our system has steps to take from engagement. We have met with people from Mutorashanga and an Environment Impact Assessment study (EIA) will be conducted by the Environmental Management Agency (EMA) before any mining activities commence. since 1918, it was a mine. So if the place is sacred, the people will allude to the petitioners during the EIA study,” mines ministry secretary Onesimo Moyo said.

He got support from Environment Secretary Munyaradzi Munodawafa who said: “The area has not been registered as a tourist attraction resort but Mines and Environment ministries should certify the area is not dangerous to communities for such activities as mining for which the company in question is set to undertake.”

“We have taken the water samples for further investigations. A full EIA is to be submitted to EMA this week. We recommend that part of the area be left out of the pool parameters to avoid confrontations so that there is a co-existence between tourism and mining activities,” he said.

However, Home Affairs official, director National Museums and Monuments of Zimbabwe (NMMZ) Godfrey Mahachi stated that the area had indeed some cultural heritage that needed to be respected and further investigated as alleged by the petitioners.

“The green pool is known as an Ancient Park due for tourism development and should therefore be a protected area. From the narratives we generate from the communities, the place has over the years acquired values of its own,” Mahachi said.

“We hear mysterious things happen at the place and there is a comparative advantage if you look at Chinhoyi curves which also have a site of cultural activities. If we are to declare it a national monument, we need to assess the values and traditions of the area for it to be considered sacred as well. What is it that makes it or keeps a place sacred? Let us not destroy the area that is in question. An investigation is necessary to seek more clarification from the people around,” he said.