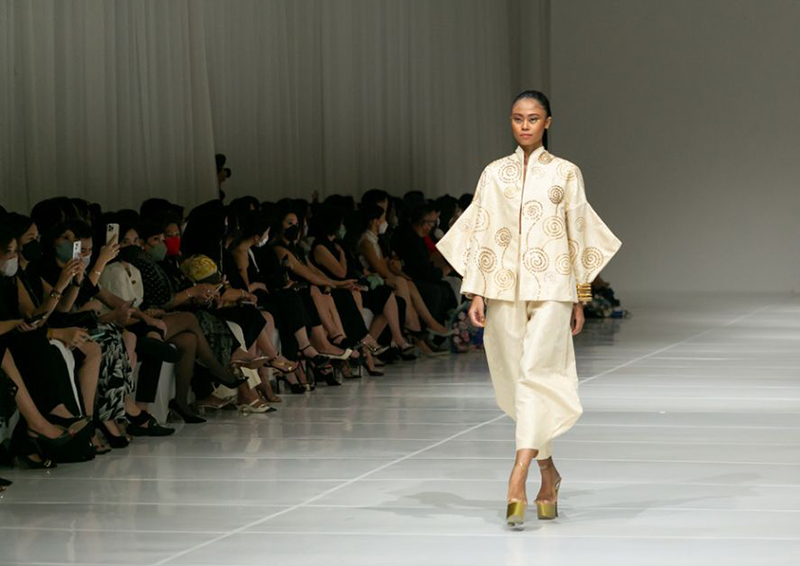 HARARE: It was all glam and fun in Harare, the capital of Zimbabwe, as fashion designers showcased their collections to a diverse audience of fashion enthusiasts.

Dubbed the Makanaka Fashion Show, the event which was held Saturday evening, sought to provide an international platform for Zimbabwean designers to showcase their talent to the world.

The show, which brought Zimbabwean and Chinese communities together, also saw the intersection of music and fashion, with popular music stars, both local and Chinese, gracing the runway.

“I think what makes my fashion unique is the fact that I am not in a box, I never want to say I am a formal wear designer, or I am a glam designer, I do a bit of everything,” she told Xinhua after the show.

Chinese fashion designer Amon Green left the audience amused with his collection which presented his interpretation of Zimbabwe.

The designer said the opportunity to showcase in Zimbabwe has given him an insight into the beauty of African fashion.

Rufaro Chikwaira, a designer known as the Big Locomotive, said the event has elevated Zimbabwean fashion to the international stage.

“My fashion is unique because I don’t do the basic thing that we see every day. I usually find crazy art from anime, I watch a lot of cartoons, I get a lot of concepts from there, and I try to bring that to life,” he said.

Tadiwanashe Marowa, the project manager for the show, said the Makanaka Fashion Show aimed at bringing Zimbabwean and Chinese communities together.

While engagement between China and Africa is largely centered on diplomatic and economic frontiers, Marowa said fashion and culture also can help cement ties between the two sides.

“This show I think was a success. We managed to fuse both the Zimbabwean culture and the Chinese culture. We also managed to put on the map our own designers because their fashion is also going to be shown internationally, this fashion show is going worldwide,” she said.