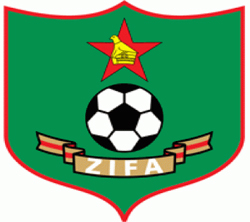 THE people of Mutoko and surrounding rural areas are set for exciting times after their local football team, Mutoko Traders, was promoted to the competitive Zifa Eastern Region Division One league.
Mutoko Traders last year ended the season as Mashonaland East Division Two runners up and was subsequently promoted to play in Division One.  The rural based team came second to Melfort.
Work is already under way to upgrade the facilities at Chikondoma Stadium in Mutoko to meet the standards of Division One football.
Mutoko Traders is financed by local businessman, Chido Mudzinganyama who is popularly known as Muchi in the area.
“We are already renovating Chikondoma Stadium to meet the standards of Division One soccer and we hope that by the time the league kicks off, we will be done with the renovations,” said Mudzinganyama.
He said he was confident that the team would be able to play competitively this season and if all goes according to plan, play in the topflight league, Premier Soccer League.
Mudzinganyama said he was happy that he had managed to bring competitive soccer to the rural communities and that is why they had shunned using a better stadium like Rudhaka Stadium in Marondera.
“In Mutoko, we are enjoying overwhelming support and in the just ended Division 2 season, over a thousand fans came to support our home matches.  The people of Mutoko have the development of football at heart and we are humbled by such massive support because it is what gives us the urge to soldier on.
“Let me also point out the fact that our losses will neither be an excuse nor a mitigation for what will be obtaining at that particular moment, but an indictment of the team management, players and supporters because we will win or lose together,” he said.Advertisement