DOCTORS and other health workers have indicated they will go on strike Monday to protest poor salaries and the failure by government to provide “meaningful cost of living” wage adjustments amid resurgent inflation.

The decision was made at a meeting held at Parirenyatwa Group of Hospitals in Harare Friday which was attended by associations representing public sector health workers.

It comes after nurses associations signalled earlier in the week they would also withdraw their labour on Monday citing poor salaries.

The Harare administration has not yet responded to the strike calls.

In a letter addressed to the Health Services Board (HSB) and copied to Vice President Constantino Chiwenga who is also health minister and his deputy Dr John Mangwiro, the Zimbabwe Health Apex Council said the decision to go on strike was unanimous “after having made numerous attempts to engage the employer with no success”.

“The decision to withdraw our service is not taken lightly, but the workers are without means to execute their mandate,” the council said in its letter to the HSB.

“It is important that we remind you, that we have not had a bipartite meeting since April 2021. This is despite our repeated efforts to engage the board. We have written to you more than 5 times to you requesting a meeting to no avail.”

The council added; “It is common knowledge that economic conditions have deteriorated significantly in the last 6 months.

“This is clearly indicated by the rapid and precipitous fall in the interbank rate and the steep increase in inflation, now well over 130%.

“The loss of value of the local currency is apparent and evidenced by the government’s decision to pay farmers in United States Dollars (USD). We, therefore, repeat our call for salaries in USD.”

In an open letter to the public also issued Friday, the associations said; “It is common knowledge that the economic conditions prevailing in the country have rapidly deteriorated over the last three months.

“This is something the government has acknowledged and is reflected by the government’s continued review of tariffs and expenses.

“Recent examples include the increases in electricity and fuel prices, toll fees and vehicle licensing fees to mention a few.”

The associations particularly expressed concern over failure by health ministry officials to engage with them.

“Other civil servants have enjoyed the company of their minister but this is not the case with health workers,” read the open letter.

“As workers, there has not been a single meeting with the Minister of Health and Child Care since his appointment.

The health services board chairperson has also been hostile to health workers and has repeatedly refused our calls to engage with him.”

They also hit out at finance minister Professor Mhtuli Ncube for spreading lies and misinformation about the current conditions of service for healthcare workers.

“The minister of finance publicly refers to free meals, free transport and free accommodation, all of which is not subsisting on the ground.” 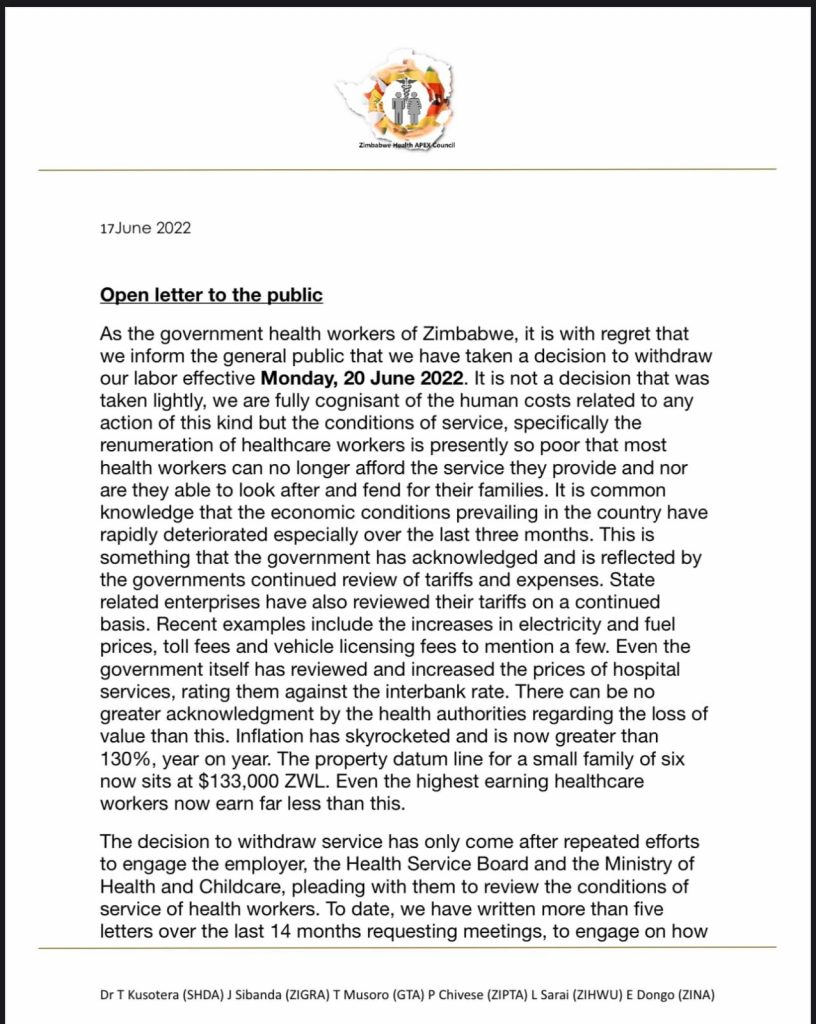 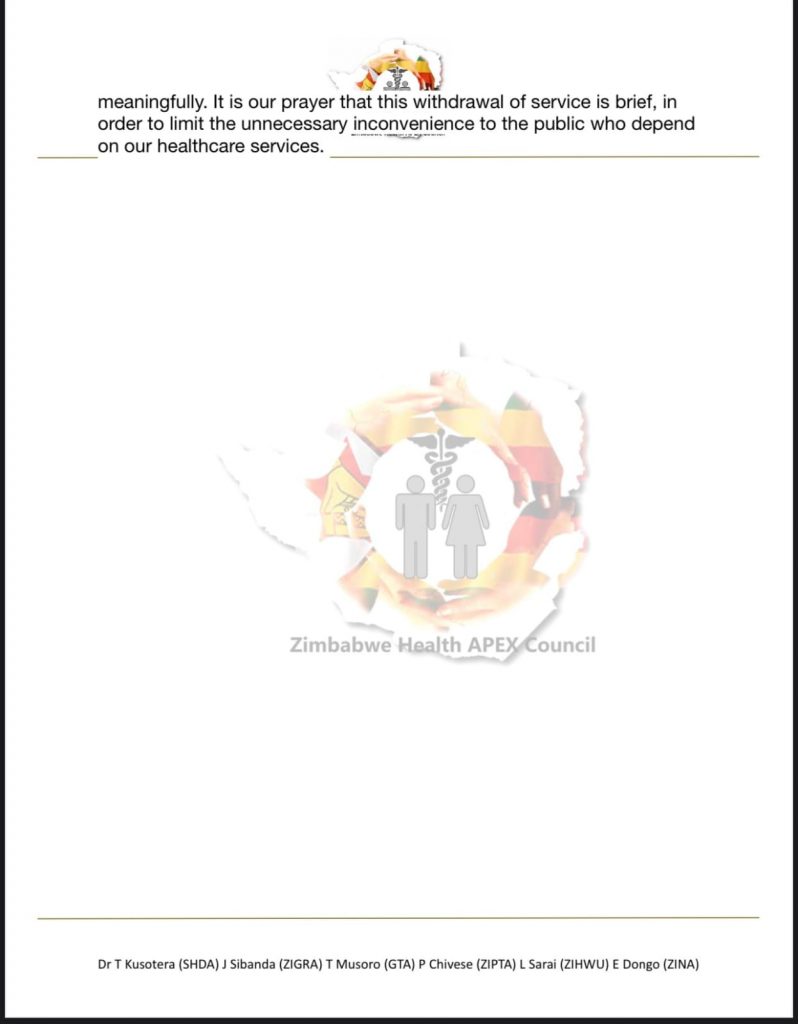