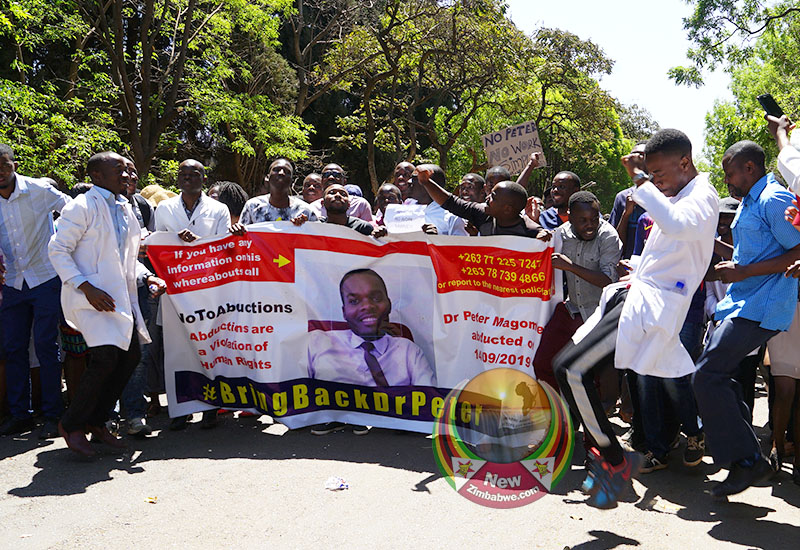 WHILE the strike by doctors, later joined by other health workers, continues, ordinary Zimbabweans desperate for treatment have borne the sharp end of the problems in the sector.

The strike against poor wages offered to the medical practitioners intensified when doctors placed “abducted” union leader Peter Magombeyi’s safe return as one of their conditions to returning to work.

Magombeyi was allegedly abducted by three unknown men last Saturday, held against his will at an unknown location for five days before he was “dumped” just outside Harare.

The incident triggered a chain reaction from his colleagues who accused government of being behind the abduction demanding his return.

Passing through the corridors, it is not only the disturbing smell that may get one choked with just above the casuality area but it is wailing voices calling for assistance that explains how dire the situation has become.

During the visiting hour, relatives are seen holding hands surrounding their loved ones and locked down in highly emotional prayers while pleading with the Almighty to heal them.

There is no doctor or nurse in sight. A hospital turned into a prayer room with desperate patients dependent on divine intervention.

Most of the wards that normally have no space for incoming patients are actually empty.

As the afternoon visiting hour comes to an end, with tears trickling down his chicks, one man who looks in his early 50s, shakes his head as he emerges from one of the wards.

Just outside, he forms a company with one of his relatives who had left the ward earlier. The two chat on their way out of the hospital.

“My son was run over by a car 10 days ago around 3am in the morning. His leg fractured, his ribs have been also affected,” Lovemore Sambiri narrates the experience to NewZimbabwe.com.

“He has only gone through the x-ray and up to today, nothing has been done on him because doctors are on strike.

“It is almost two weeks in hospital but without any help. His leg is now getting bad and may have to be amputated. His head has stitches already.”

He added: “I was told to buy some medicines from pharmacies and I only managed to buy medicines worth of $144 last week Friday. However, there is no one to administer them and my son is in pain. I can’t bear it no more.”

Sambiri is a self-employed garden designer whose fortunes have been diminishing since the economy went into tailspin last year.

Zimbabwe’s top politicians have been castigated for turning a blind eye to the collapsing public health sector while taking medical treatment abroad.

Long serving leader Robert Mugabe died in a foreign hospital in Singapore on the 6th of September 2019 while the current vice president Constantino Chiwenga is receiving medical treatment in China.

It is however the ordinary folk who have been left exposed to the vagaries of local health provision that in most cases cannot provide basic things such as bandages or paracetamol.

Magombeyi has since resurfaced seemingly unhurt but the strike by doctors continues and the masses suffer, sacrificed in a fight they have no idea what it is about.