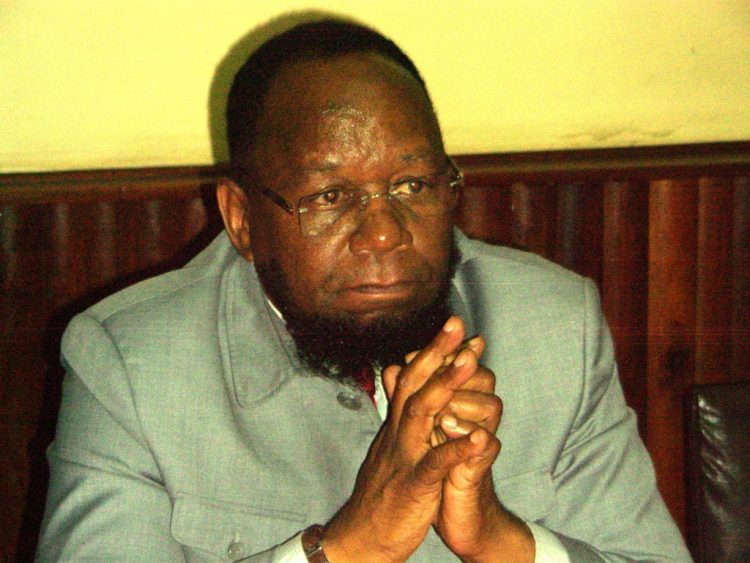 THE ex-wife of former Education minister Lazarus Dokora, Mercy Hanyani has approached the courts demanding half of the properties the couple acquired during its three year marriage.

Hanyani claims she was kicked out of the couple’s Borrowdale home with nothing when Dokora divorced her last September. They had a three-year-old child.

In an application filed at the High Court, Hanyani said she wanted to maintain a fancy lifestyle she was introduced to by her former husband who was also once an MP for Rushinga. Dokora is now surviving from his business.

“The plaintiff’s claim is for an order for the distribution of the assets acquired by the parties during the subsistence of their unregistered customary law union,” reads part of an application filed by her lawyers, Gutsa and Chimhoga Attorneys.

“During the subsistence of the customary union, the parties, who are both educated persons holding tertiary qualifications, lived a modern and affluent lifestyle in Borrowdale, Harare where plaintiff had a motor vehicle for her own exclusive use.

“Both the parties were gainfully employed with the plaintiff as a senior secondary school teacher and the defendant holding a cabinet post as the then minister of Primary and Secondary Education and a Member of Parliament for the Rushinga Constituency.”

According to the application, during the marriage, the parties acquired various properties which include, vehicles and a property in Carrick Creagh, Borrowdale registered in Dokora’s name.

“Further on account of the parties, proprietary acquisitions, which include a piece of land in an urban district, the justice of the case demands that the issue of distribution of the acquisitions be dealt with in terms of the general law instead of customary law whose application herein will discriminate against plaintiff as a woman and will leave her without an effective remedy,” the application reads.

“Plaintiff made direct and indirect contributions to the acquisitions of the properties pursuant to the objectives of the universal partnership in that she contributed all her personal earnings.

“Her contributions towards meeting the domestic needs of the union made it possible for the defendant to use his own income in making major property acquisitions for the union.

“She gave comfort and society to the defendant as his wife which enabled him to devote his energies to his work, his political career and managing the union’s farming and other business interests for the benefit of the family,” she said in the application.

According to Hanyani, the two entered into an unregistered customary law union and the defendant performed all the cultural rites, paid lobola in 2016 and the couple was blessed with a child now aged three years before the union broke in September 2019.

When the married ended, Dokora retained all the properties and forced Hanyani and the minor child to leave with only their clothes and personal effects.

However, in her court application, Hanyani wants half of the share of the properties which include a Carrick Creagh housing stand, a Jeep Grand Cherokee, Nissan Navara, Toyota Prado, Landrover Discovery, Massey Ferguson Tractor, Kawasaki motor bike among other properties and household goods.