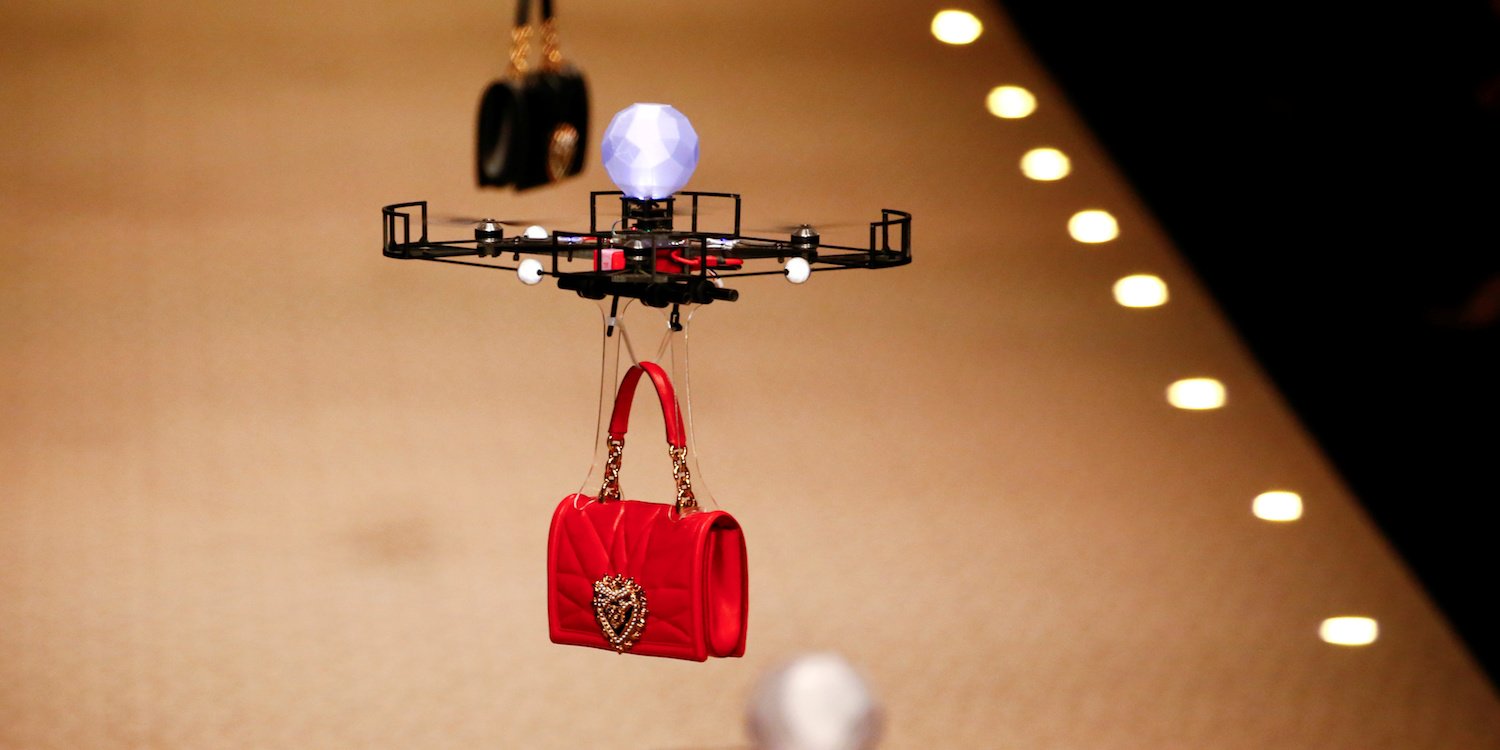 At least eight quadcopter drones paraded down the Italian fashion house’s runway carrying a handbag each at its Milan Fashion Week show on Sunday.

The drones glided down the runway, and stopped to be admired and photographed by the crowd, before returning backstage to make way for more traditional human models.

Each drone had what looks like a large, fake gemstone on top to fit the occasion.

Video footage of the parade shows a man and woman in white lab coats walking alongside the stage, monitoring the show.

Putting on the hi-tech fashion show appeared fairly difficult, however. The show was delayed for 45 minutes due to repeated announcements that all WiFi connections had to be turned off, according to the Associated Press.

Dolce & Gabbana is not the first company to use drones in a fashion show. In 2015, clothing company Betabrand used drones to model its clothing in Silicon Valley.

GQ slammed the idea of using drones as models at the time, writing: “Seriously, tech bros. Stay in your lane, we’ll stay in ours.”