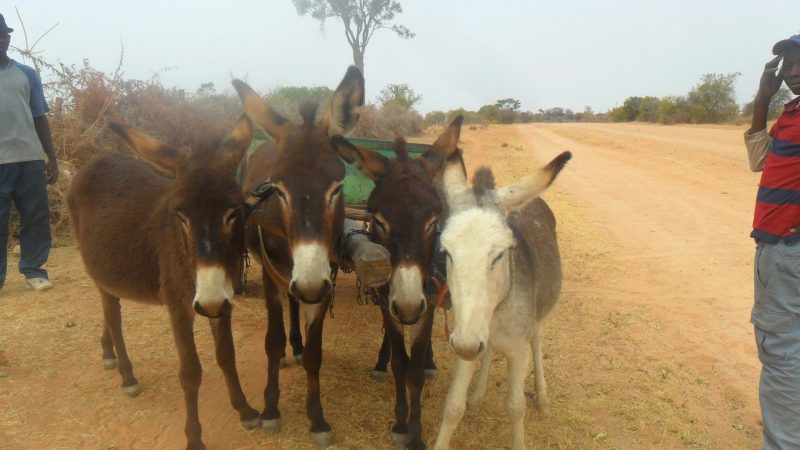 The cart operators say business has been brisk since the start of the Covid-19 lockdown in March.

The operators, who are mostly from surrounding peri-urban areas of St Peters, Methodist and Sigola, have become a hit with the locals for their low prices compared to traditional traders.

“I sell firewood and garden manure. Since I started in April, business has been good. Garden manure is on high demand because most people are now spending their time doing gardening due to the lockdown. I sell a 50 kg bag of manure for R100,” said Isaac Nkomo from St Peters.

Another donkey cart operator who only identified himself as Romeo said he specialises in selling all sorts of vegetables to the Bulawayo residents.

“I have got three carts which operate in Tshabalala, Sizinda and Nkulumane. In all these suburbs, I have got my regular clients whom I supply with various vegetables on credit and collect month-end. I also supply firewood. Since the start of the lockdown business has been good,” he said.

But some residents are, however, not happy with the new informal traders and complain they leave their donkeys unattended to roam in the high-density streets during the night and graze in their residential yards.

“We are tired of donkeys which roam around our streets during the night. These unattended donkeys also cause a lot of accidents in the high-density suburbs. Our streets are now littered with donkey droppings everywhere,” said Sandra Moyo, a Tshabalala resident.

The donkey operators normally bring their goods during the night to avoid arrest by the police.

The secretary of the Bulawayo United Residents Association (BURA) Samson Moyo said his organisation has on several occasions approached the city council over the issue and nothing had been done to stop the trade.

“We have reported these people to appropriate authorities on numerous occasions. They have now become a nuisance in the city. The donkeys are making noise during the night,” he said.