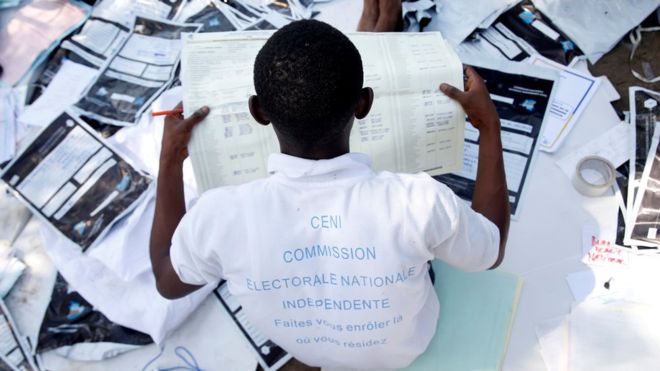 The Democratic Republic of Congo has blocked the signal of a TV station seen as close to the opposition.

This comes days after the internet was shut down nationwide.

The opposition has complained of irregularities in the election to find a successor to President Joseph Kabila.

He is stepping down after 17 years in office and has promised DR Congo’s first orderly transfer of power since it gained independence from Belgium in 1960.

Along with blocking Canal Congo, the authorities have also cut the broadcasts of Radio France Internationale (RFI) and withdrawn the accreditation of one of its journalists, Florence Morice, accusing her of violating electoral law.

“We are not going to let a radio station throw petrol on the flames at a time when we are waiting for the compilation of the provisional results,” Mr Mende told AFP.

RFI has denied the accusation and defended its journalist.

Counting is under way and provisional results were initially expected to be announced on 6 January, but the electoral commission now says there could be a delay, Reuters reports.

The head of the commission, Corneille Nangaa, said counting centers were still waiting for more than 80% of voting tallies to be submitted by local polling stations.