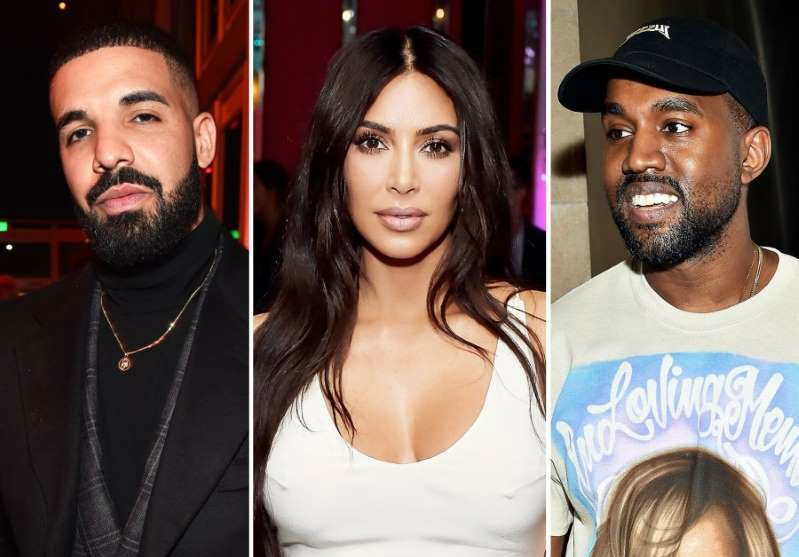 No more keeping up with Kim! Drake clicked the “unfollow” button on Kim Kardashian‘s Instagram after her husband, Kanye West, called him out for following her amid their tumultuous beef.

The “In My Feelings” rapper, 32, no longer follows the 38-year-old reality star — but still receives Instagram updates from her younger sisters Kylie Jenner, Kendall Jenner and Khloé Kardashian.

West, 41, took to Twitter on Monday, December 31, to express his outrage that Drake was previously one of Kardashian’s 123 million fans on the app.

“Who’s [sic] bright idea was it to tell Drake to follow my wife on Instagram ? This person is not [Drake’s] friend,” the “Ghost Town” rapper wrote in a since-deleted tweet. “I don’t have beef with no one. Love everyone but don’t follow my f—ing wife on Instagram.” He later also noted that he believed “a public apology” was in order.

That wasn’t the first time West made it clear he didn’t appreciate Drake keeping social media tabs on the KKW Beauty founder. Just two days earlier, he shared an article that claimed the Canada-born entertainer followed Kardashian, to which he noted on Twitter: “I had to bring this up because it’s the most f—ked up thing of all and I just saw it this morning. Imagine having a problem with somebody and they follow your wife on Instagram.”

The rocky relationship between the “I Love It” rapper and the Degrassi: The Next Generation alum was easily documented via West’s Twitter account throughout 2018, however, the root of the issue is unclear.

During an appearance on HBO’s The Shop, the “God’s Plan” crooner revealed that he confided in the father of three about having a son — which, at the time, was not public knowledge — and shortly afterwards, he noticed the details had circulated online.

While the drama played out in several songs from the musicians, one notable track that made headlines for the role it played in their feud was Travis Scott’s “Sicko Mode.”

West took issue with Drake’s line that contained the phrase, “Checks over stripes,” as he has a sneaker line through Adidas (which bears three stripes in its logo) while Drake is associated with Nike (which bears a checkmark). Although they later reconciled, the Yeezy fashion designer slammed Scott — who shares 11-month-old daughter Stormi with Kylie — for allowing Drake to sneak-diss him on the track.

The Lip Kit founder, 21, later told fans, “everyone is good, moved on, living life” — and that was clear on New Year’s Eve, when Kylie and the “Goosebumps” rapper attended Drake’s bash at Delilah.