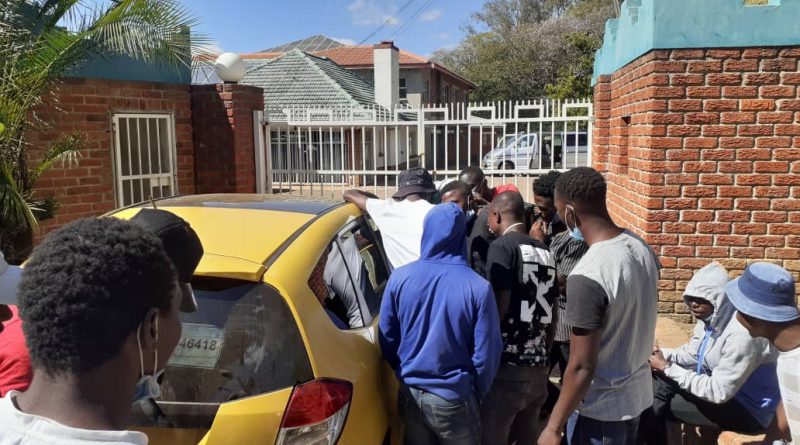 THERE was drama as a group of irate CAPS United players almost came to blows with the club’s vice president Nhamo Tutisani at his private offices in Harare on Tuesday morning demanding their outstanding salaries.

CAPS United players have reportedly not been paid since March as local clubs continue to feel the financial impact of the coronavirus pandemic.

The dire financial situation was made worse after their principal sponsor; NetOne withdrew its sponsorship in April which has left the club struggling to pay the players’ monthly salaries for the past three months.

NetOne reportedly paid CAPS United a lumpsum of $433 000 when it withdrew its sponsorship, but only part of the money allegedly reached the players, who have been hit hard by the Covid-19 pandemic’s effects on local football.

After several efforts to recover their dues were ignored, Makepekepe players resolved to besiege one of the club’s bosses demanding payment of their salaries but Tutisani locked himself in his office.

While most of the CAPS United officials including club president Farai Jere did not come to address the players, Tutisani decided to confront the angry players resulting in a nasty exchange as tempers flared.

Unprintable words were exchanged between the employer and the employees, with the players demanding their money and clearance letters.

Some of the players, including new boy Innocent Mucheneka, went to the extent of demanding clearance letters as the chaos reached boiling point.

Mucheneka, who joined United from Chicken Inn at the beginning of the year, is heard threatening to quit the club in an audio that circulated on social media on Tuesday morning.

CAPS United vice president, Tutisani, is also heard ordering players off his premises and reminding them it was illegal for them to gather because of the Covid-19 restrictions.

A furious Mucheneka accused Tutisani of failing to take care of the players before requesting for a transfer.

Tutisani is also heard threatening to reprimand the players but they (players) had none of it.

He is also heard threatening to sack the club’s star winger Phenias Bhamusi, who rejoined CAPS United from Triangle at the start of last season.

CAPS United are one of the clubs that have been hard hit by the financial problems brought about by the corona virus pandemic.

With no football, Makepekepe have no gate takings and no sponsor after NetOne pulled off the life support cable recently.

The financial crisis at CAPS comes at a time when ZIFA revealed it would provide a relief package to top-flight league teams before the end of this month.

The decision by the country’s football leaders, to provide a bailout package to the clubs, was taken at a ZIFA board meeting on Saturday.

Domestic football clubs have been affected by the Covid-19 pandemic as some of their major revenue streams, like gate takings, have been blown away.