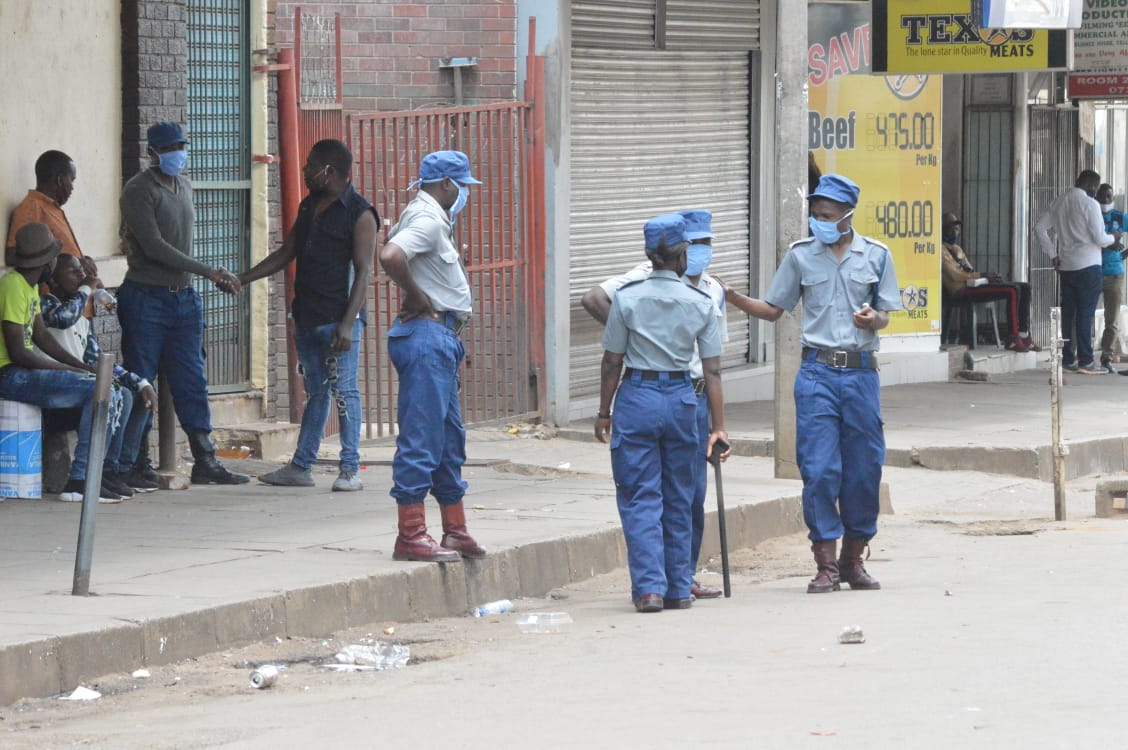 THERE was drama Thursday at a local hotel in Bulawayo when Police Support Unit officers raided a bar where some junior cops in uniform were drinking beer.

The Support Unit officers, popularly known as Black Boots, raided the Vibe Bar at the Royal Hotel after they were tipped some police officers in uniform were imbibing at the popular beer drinking spot.

As soon as the anti-riot police officers stormed the bar, the uniformed cops bolted out, fleeing from the scene.

A Newzimbabwe.com news crew witnessed the incident, which also attracted a large crowd of shoppers in the central business district.

“The police officers always come and drink beer here while in police uniform. Someone must have alerted their bosses about their routine drinking habits. However, the police officers tested their own medicine today,” said a patron at the bar.

This reporter also witnessed an altercation between the arresting officers and the drinking cops before the latter fled as they resisted being bundled into a waiting police truck.

“Let us go. These people are mad. We were not drinking beer,” one of the fleeing police officers was heard saying.

After failing to arrest the culprits, the police officers managed to arrest one person in civilian attire whose identity could not be immediately ascertained.

Beer loving public servants have been flashing out their cash at popular drinking joints after they received their 13th cheque in US dollars last month.