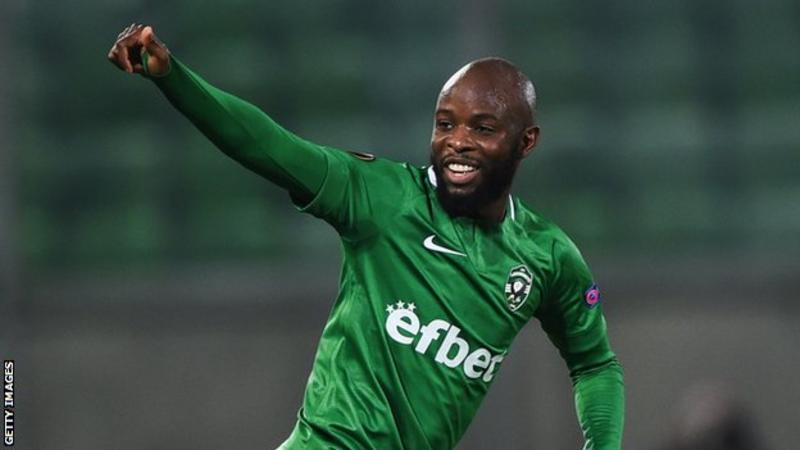 DR Congo international Jody Lukoki, who began his senior career at Dutch giants Ajax, has died at the age of 29.

Lukoki also had spells at PEC Zwolle, Bulgarian club Ludogorets and Turkish outfit Yeni Malatyaspor, and was most recently on the books of Dutch side FC Twente.

“The club is shocked and deeply moved by this tragic event,” a statement on the FC Twente website said.

“FC Twente sympathises with his loved ones and wishes them a lot of strength in processing this great loss.”

The cause of Lukoki’s death is not yet known.

The winger joined FC Twente on a two-year deal last June but suffered a serious knee injury during pre-season training.

His contract with Twente was terminated in February, because of what the club called “events in his personal life”.

Zwolle stated their “dismay and sadness” following the death of Lukoki, who had scored the club’s first ever goal in European competition.

Last week the player posted on his Instagram page that he was working in the gym on his comeback from injury.

Lukoki scored five goals in 35 outings for Ajax before moving on to Zwolle in 2014. The following year, he joined Ludogorets, where he spent five years and made 158 appearances, scoring 30 goals.

After spending the 2020-21 campaign in Turkey he returned to the Netherlands with Twente.

Lukoki represented the Netherlands at youth level but made his senior international debut for DR Congo in 2015.

The last of his three caps for the Leopards, which all came in friendly matches, was against Burkina Faso in 2020.