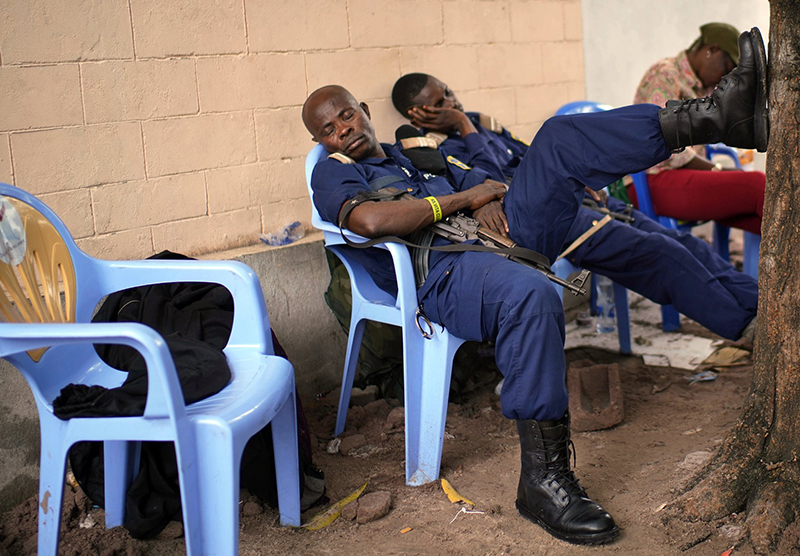 THE Democratic republic of Congo officials on Saturday delayed the announcement of preliminary results from a crucial presidential election, amid growing pressure from world powers and the influential Catholic church to respect voters’ wishes.

Preliminary results, scheduled for release on Sunday, will now come out only next week, the head of the country’s electoral commission CENI told AFP just hours before the deadline.

“It is not possible to publish the results on Sunday. We are making progress, but we do not have everything yet,” Corneille Nangaa said, without announcing a new date.

The country’s powerful National Episcopal Conference of Congo (CENCO), which represents the country’s Catholic bishops, warned popular anger could result in the event the final result were not “true to the verdict of the ballot box.”

DR Congo’s powerful Catholic Church, which provided more than 40 000 election observers, had said Thursday it knew who had won the vote, but did not name him.

In a letter to Nangaa on Saturday, CENCO president Mgr Marcel Utembi said that, given the delay, “if there is a popular uprising it would be the responsibility of the CENI.”

Clung on to power

At stake is the political stewardship of a mineral-rich country that has never known a peaceful transition of power since independence from Belgium in 1960.

Kabila had been due to step down two years ago, but clung on to power, sparking widespread protests which were brutally repressed, killing dozens.

The election, preceded by repeated delays, was carried out in a relatively peaceful manner. But tensions have built over the lengthy counting process, amid fears the results could be manipulated to install Kabila-backed Shadary in power.

The electoral commission had promised to announce preliminary results on Sunday, followed by a definitive count on January 15.

But Nangaa told AFP just under half of ballots had been counted by Saturday afternoon, adding: “Next week, we will announce.”

The further delay could stoke tension in the unstable central African nation of 80 million.

Nangaa has blamed the slow count on massive logistical problems in a country the size of Western Europe with poor infrastructure.

Since the vote, the authorities have cut internet access and blocked broadcasts by Radio France Internationale, causing widespread frustration.

With international concerns growing over the transfer of power in sub-Saharan Africa’s largest nation, Western powers have upped the pressure.

The United States and European Union urged Kinshasa to ensure a peaceful change of power.

Donald Trump announced Friday that the United States was sending about 80 troops to Gabon to deploy in the event of election-related unrest in nearby DR Congo.

The African Union, which had sent an 80-member team to monitor the vote, insisted that respecting voters’ wishes was “crucial”.

And Denis Sassou Nguesso, president of the DR Congo’s western neighbour, the Republic of Congo, urged restraint in uncertain times to “safeguard peace and stability in this brother country”.

Nangaa wrote to CENCO head Utembi on Friday accusing the episcopal conference of putting out partial result “trends” designed to “intoxicate the population in preparing an uprising,” an accusation the latter turned on its head with Saturday’s letter in response.

In his letter Nangaa warned CENCO would “alone be responsible” for unrest after disseminating “insignificant and partial data.”

Anger at the church

The ruling FCC coalition accused CENCO of “seriously breaching” the constitution and electoral law by “illegally declaring voting trends” in favour of a given candidate.

The last two elections in 2006 and 2011, both won by Kabila, were marred by bloodshed, and many feared a repeat if the results this time round were placed in doubt.

Five years later, he was re-elected in another vote blighted by bloodshed, chaotic organisation and alleged irregularities.

The opposition rejected the results.

Between 1996 and 2003, DRC lived through two fully-fledged wars that claimed millions of lives through fighting, starvation, and disease.