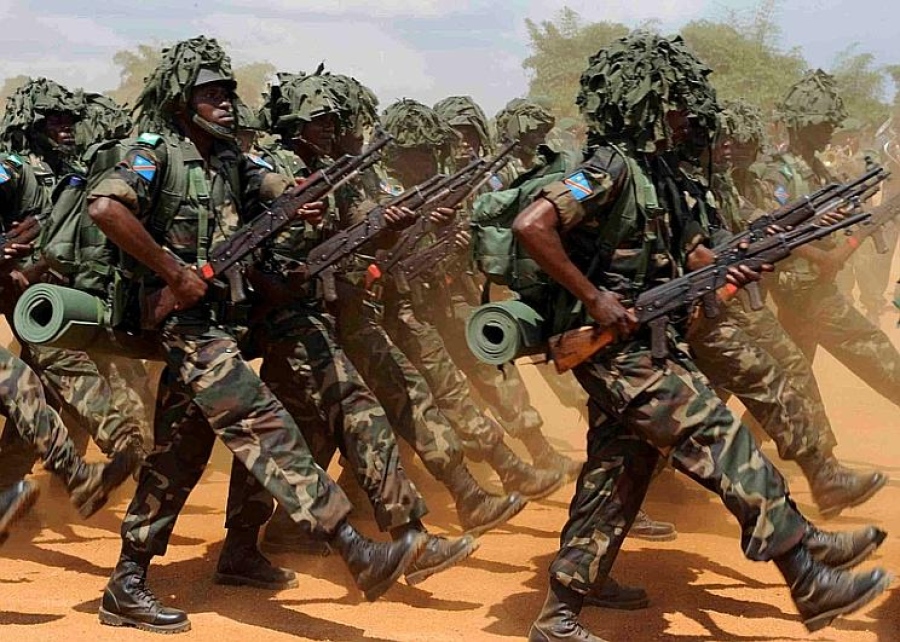 GOMA: Six soldiers died in fighting to repel an incursion by Rwandan troops in eastern Democratic of Republic of Congo this week, the army announced on Friday.

In the latest flareup between the two neighbours, Rwanda rebutted the accusation and instead charged Congolese troops with attacking positions in Rwandan territory.

The Congolese army recorded “a total of six dead and four wounded, two of them with serious injuries,” General Bruno Mandevu told a press conference.

On Tuesday, heavy fighting broke out “on Congolese soil”, close to the Rwandan border at the foot of Mount Mikeno in North Kivu province, the army said.

Congolese army patrols exchanged fire with Rwandan army positions some 100 metres inside the Democratic Republic of Congo before their respective governments spoke and intervened, a military spokesperson said.

Mandevu, who is in charge of an operation against Rwandan rebels in the area, said the casualties occurred “after we had obeyed the order from Kinshasa to cease fire.”

He said the Rwandans “had taken up three positions in Congolese territory and dug foxholes, which means they had come to wage war.”

Separately, the Rwandan defence ministry said late on Thursday that it had asked the Expanded Joint Verification Mechanism (EJVM) – a regional team of military observers established to monitor security incidents on the volatile border – to probe what it called an incursion by Congolese troops on Tuesday.

“The Rwandan army has just informed the EJVM of the facts relating to the violation of Rwandan territory by the Congolese army, and to an attack on a Rwandan army position in Musanze district in the Shingiro area,” it said in a statement.

“(…) The Rwandan army defended its positions from (the territory of) Rwanda, not from the DRC, as has been falsely announced.”

The two neighbours have had a fractious relationship since the 1994 Rwandan genocide.

Some of those accused of involvement in the killings of an estimated 800 000 ethnic Tutsis and moderate Hutus in Rwanda set up militias in eastern DRC.

Rwanda has been accused of backing the M23, a mainly ethnic Tutsi rebel group that emerged during that period.

The militia rebelled against Kinshasa in 2012, saying it had not respected the terms of a 2009 peace accord, but it was defeated a year later when hundreds of its fighters fled the country.

The Congolese army initially thought it was fighting ex-M23 militia members, before realising it was the Rwandan army, a spokesperson said.

The DRC’s huge eastern region has long been wracked by violence, but fighting between government soldiers and militia groups, as well as inter-ethnic clashes, increased significantly in 2017.

The operation led by Mandevu, called Sokola 2, is aimed at rooting out Rwandan Hutu rebels from the Democratic Forces for the Liberation of Rwanda (FDLR), a group set up in 2000 to oppose the post-genocide leader, Paul Kagame.