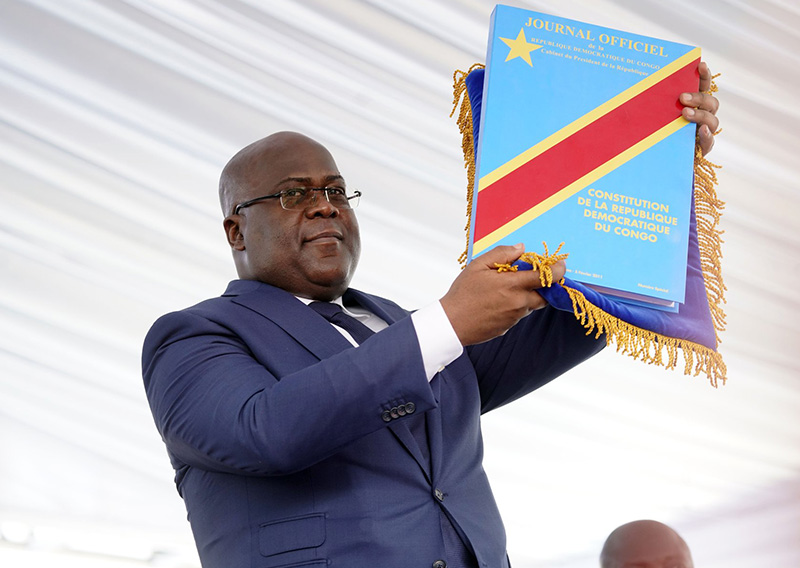 President of the Democratic Republic of Congo Felix Tshisekedi has promised to grant amnesty to political prisoners in the country within ten days.

At a ceremony in Kinshasa on Saturday, the Congolese President said this will be part of his achievements in the first 100 days to consolidate democracy.

“Within ten days, I will take a measure of presidential pardon for political prisoners who have been sentenced by decisions that have been overturned”, he said.

Tshisekedi also pledged the return of those in exile due to political reasons.

“I will actively work to create the conditions for the early return of compatriots who are currently outside the country for political reasons to carry out their activities in accordance with the law and republican institutions”, Tshisekedi added.

Tshisekedi also pledged to improve the business climate in the country by extending new mining code and ensure a win-win contracts in the sector.

He also urged his fellow citizens to have respect for human rights. Tshisekedi also promised to ensure that justice is served by people with integrity to stem corruption.

A former ally of Ex-President Joseph Kabila, Moïse Katumbi is among the people considered as political exiles.

Katumbi currently lives in Germany. He went into opposition in 2015 and left the country in May 2016 for medical reasons in the midst of legal tussle.

Katumbi was unable to contest the December elections.