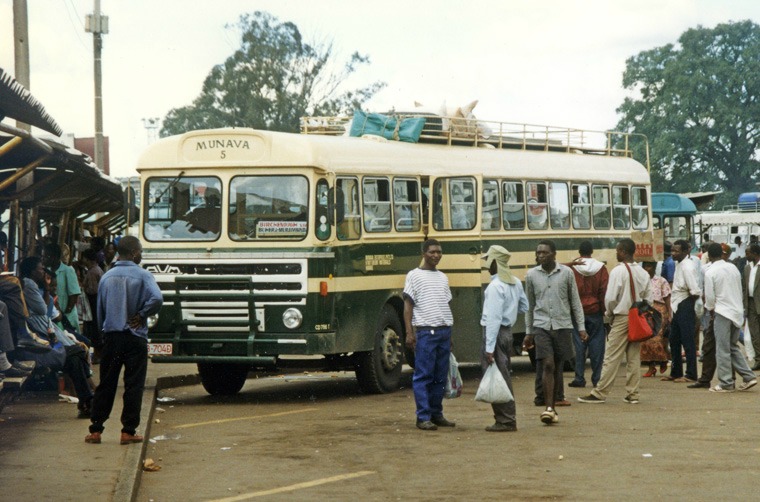 This follows a horrific road accident between two buses in Rusape on Wednesday leading to the death of 46 and the injury of more.

Circumstances pointed to the offending driver of one of the buses involved in an attempt to overtake a haulage truck on a prohibited stretch and causing a head-on collision.

Reacting to the accident, drivers who spoke to NewZimbabwe.com Friday said they were shocked by the magnitude of the tragedy in terms of fatalities but urged authorities to play a part in reducing the carnage.

“It`s terrible to drive along Mutare-Harare road especially during the night,” said Marlone Maruta, who plies the route on a daily basis.

“Truck drivers have a habit of not leaving enough room for other motorists to overtake. They often drive close to each other and you can find yourself driving at the speed of 60-70 km an hour from Mutare to Rusape without getting a chance to overtake.”

Another driver who plies the same route said although negligence and speed should be not be tolerated among road users, haulage trucks were also a major cause of the carnage in most of the country’s major highways.

He said truck drivers were in the habit of straddling the dotted white line the middle of the road or using a chunk of oncoming traffic’s road space and making life difficult for other road users.

“We are not saying we supporting this culture of negligence but we encourage government to intervene,” he said.

“Movement of trucks and cargo from the ports should also be regulated. No truck should move from Mutare to Harare after 5pm. They should park their trucks at the nearest truck Inn.

“Cargo such as wheat, chemicals and abnormal loads should be transported via rail and collected from storages in Harare. This will help in the smooth flow of traffic and save human lives.”

Pedro Zhuwawo, who plies Mutare-Beira route said although the Harare-Mutare road was rehabilitated recently, there was still need for government to dualise it, along with other major highways.

“It’s difficult to drive safely on our roads because there are a lot of trucks coming from Beira. Some even develop mechanical faults and are often abandoned in the middle of the road posing danger to other road users,” Zhuwawo said.

Gift Bwawo, another driver said he has counted up to a hundred 100 trucks at one point that drove from Mutare to Rusape in a single day.

Some said the truck menace was apparent at the famous Christmas Pass stretch near Mutare where trucks turned to slow down and often break down as a result of the road rise due mountain slopes they will be trying to deal with.