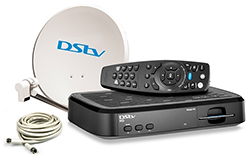 HARARE: MultiChoice Zimbabwe, the local distributor of DSTV, has reduced subscription fees for subscribers in response to the possible entry by Kwese TV into the pay television market.
The company has also launched a new lowest bouquet for $7 with immediate effect. The new DSTV Lite offering features with 28 channels.
Under the new subscription rates, the premium option now costs $65 from $85, Compact Plus $40, Compact $25, Family $17, Access $11 and Lite $7.
The company justified the lowering of its subscription rates on economic conditions consumers are facing in Zimbabwe.
“We recognise that our customers are living in tough economic times and would like to alleviate their financial strain by providing them with the best in local and international entertainment at the best possible value,” said Gerald Ngonyama, marketing manager for Multichoice Zimbabwe.
The decision comes after Econet-owned Kwese TV launched on the local market before suspending the move after a court appeal by the Broadcasting Authority of Zimbabwe (BAZ).
Owned by Zimbabwe telecoms tycoon Strive Masiyiwa, Kwese TV has launched in South Africa and Botswana as well as other African countries, but is facing court challenges in Zimbabwe.
The licensing case for the company is back in the courts after BAZ appealed a high court ruling giving Kwese TV the green light to roll out its pay television service.
Meanwhile, there are also reports from BAZ that the government-owned telecoms company Telone Private Limited has applied for a licence to launch Video on Demand Service.
Another notable player expected on the market is Zimpapers TV which is on reportedly on recruitment drive and archiving content for its soon-to-be-launched channel.Advertisement