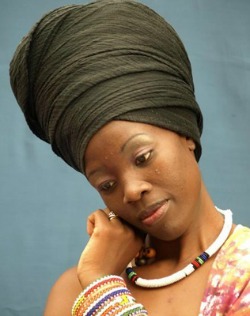 AFRO-JAZZ star Dudu Manhenga has started serving her sentence at Harare’s Chikurubi Maximum Security Prison but the family said Sunday that her lawyers were working on an appeal.
“Yes, we are working on appealing against the sentence but that is all I can say now,” said her husband Blessing Muparutsa.
Dudu was, last week, sentenced to an effective 18 months in prison after pleaded guilty to culpable homicide and driving unsupervised with a learner’s licence.
The star had hoped for a fine after pleading guilty to a March 15, 2010, road traffic accident in which a biker was killed.
But Harare magistrate Blessing Murwisi sentenced her to 24 months behind bars, suspending six on condition she does not commit a similar offence over the next five years.
The magistrate said Manhenga was grossly negligent and failed to act reasonably resulting in the accident, which left Graham Martin Millward dead.
“Her moral blameworthiness was high, although she is a first offender,” said Murwisi.
“The crime was aggravated by the fact that she turned right, knocking down a motorcyclist.
“She failed to keep a proper look out of the road ahead and also failed to stop or act reasonably in the event of the accident, this is clear gross negligence.”
Manhenga grew up in Bulawayo’s high-density area of Pumula North and Hyde Park Estate. She did primary education at St Bernard’s Primary School where she became a leader of the school choir while doing Grade 3.
Born in January 1980, she did secondary education at St Columbus High School in Makokoba and, despite passing Advanced Level with 12 points, she decided not to go to university, choosing to follow her passion, music.
In 1999 she enrolled at the Zimbabwe College of Music where she studied music. She met Blessing Mparutsa at the college and together they formed the band Colour Blue.
Their debut album Out of the Blue catapulted them to stardom with their band becoming a force to reckon in the country and internationally.
The second born in a family of four, Dudu is also a motivational speaker who encourages women to stand up and champion their interests.Advertisement