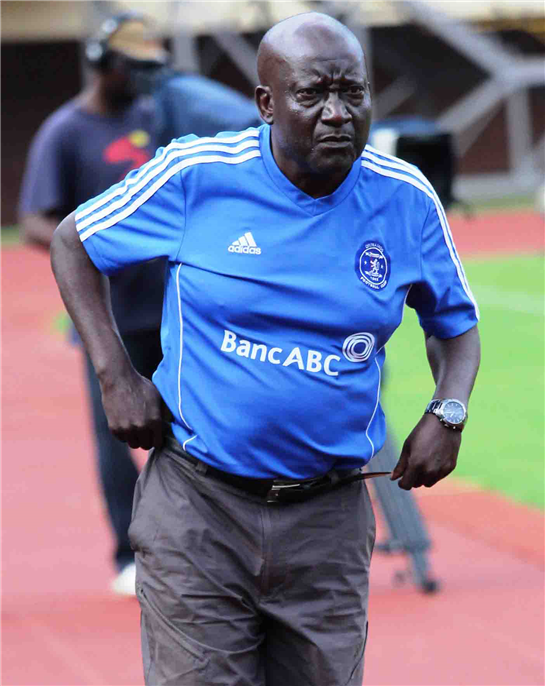 DYNAMOS president Kenny Mubaiwa has thrown his weight behind under-fire coach David Mandigora who has been enduring calls by fans to step down.
Following Monday’s 0-0 league draw with visiting Tsholotsho in a drab match, fans verbally abused Mandigora at half time and after the final whistle demanding that he gets fired.
The angry supporters had to be dispersed by police details after the match as they barricaded the dressing room exit.
They also petitioned Mubaiwa and his executive to dismiss Mandigora who faces a huge task of emulating his predecessor Kallisto Pasuwa who won the league title in the past four years.
With 11 rounds of PSL games having played so far, Mandigora has however come under fire despite Dynamos lying on third position on the standings with just two points behind leaders Chicken Inn.
“I do not see how much David Mandigora has gone wrong so far. Look we are just two points off the leaders and we still have bright chances of running away for the league title,” Mubaiwa said.
“Maybe the supporters were not happy on Monday because they think the team’s performance was dull. But what matters at the end of the day is pocketing all the three points.
“The coach is a Dynamos son who once played for this club with distinction. I do not think he would be happy to see us not doing well.”
The Harare giants face another stern test when they host Triangle on Sunday.
Saturday Results: Chicken Inn FC 3-0 Buffaloes FC, FC Platinum 2-2 Highlanders FC, Flame Lily FC 1-2 Dongo Sawmill FC
Sunday Fixtures: How Mine FC v ZPC Kariba FC (Luveve Stadium), Whawha FC v Hwange FC (Ascot Stadium), Tsholotsho FC v Caps United (White City Stadium), Dynamos FC v Triangle United (National Sports Stadium)