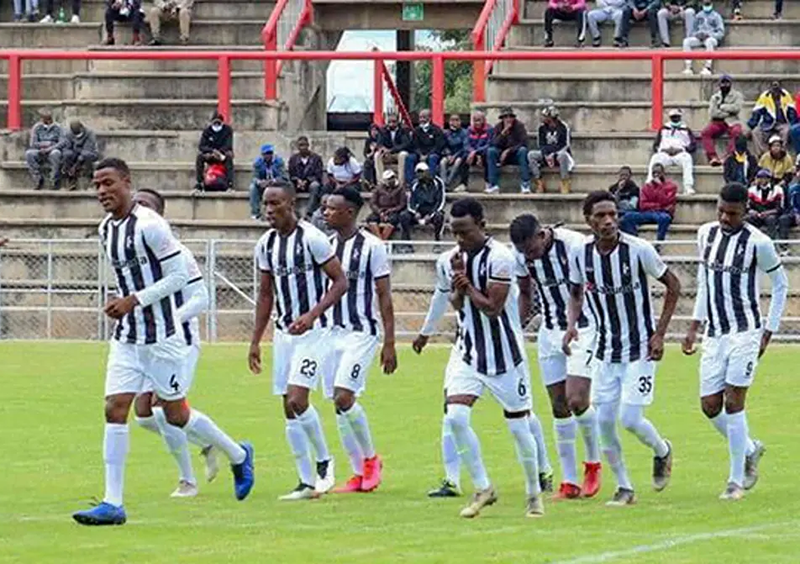 HARARE giants Dynamos’ hopes of salvaging a runner-up finish in the Castle Lager Premier Soccer League suffered a blow after they were held to a goalless draw by fierce rivals Highlanders at the National Sports Stadium Sunday.

Although the championship has already been decided after FC Platinum were crowned the champions for the fourth successive season last weekend, there was still lot at stake when the country’s biggest teams met in the highly anticipated encounter.

Dynamos needed a victory to keep in touch with Chicken Inn in the race for second position while Bosso also had their sights on a top-four finish.

The last time the two giants met at Babourfields Stadium back in May, the match was abandoned due to crowd trouble, and Bosso were awarded the three points on a 3-0 scoreline, so there were also bragging rights at stake.

In the end the two teams could not be separated as they settled for a goalless stalemate in a game of very few chances.

Perhaps the best chance to secure a win for DeMbare fell to ex-Highlanders player King Nadolo after he broke free and connected a free kick but his header goes straight to the hands of the keeper in the 79th minute.

The result meant Dynamos dropped to third position on the log on 57 points, to points behind second-placed Chicken Inn with just two matches remaining on the campaign.

Highlanders remain in fifth position on 50 points and are just a point behind fourth-placed Ngezi Platinum Stars.

Chicken Inn had moved into second position on Saturday after securing a hard-fought 2-1 win against Caps United at Luveve Stadium on Saturday.

The Gamecocks needed an injury-time winner from Brett Amidu as the teams appeared on course to settle for a 1-1 draw.

Joseph Thulani had handed Makepekepe the lead in the 56th minute before Xoloani Ndlovu equalised for the home side eight minutes later.

Chicken Inn appeared to have wasted a chance to collect all three points after Clive Augusto failed to convert from the penalty spot against his former paymasters but Amidu spared them the blushes with a last-gasp winner.