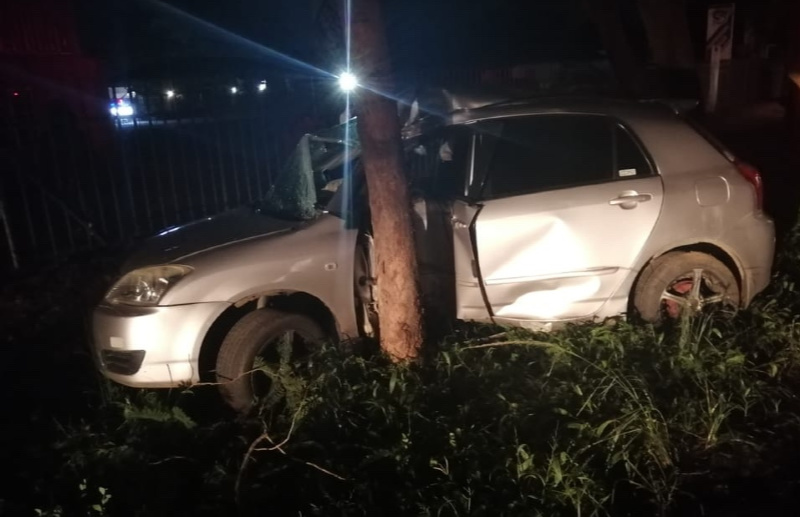 DYNAMOS captain Partson Jaure should be thanking his lucky stars after escaping without serious injuries from an accident that happened in the early hours of Sunday in Harare.

The club confirmed the incident on Sunday morning.

The 29-year-old defender was travelling in his Toyota Runx after a night out in the capital when he veered off the road and crashed next to a tree near Prince Edward School.

The accident left the Warriors defender with head injuries. Gory pictures circulating on social media showed the player in his car and on a stretcher while covered in blood. Jaure was later admitted at Parirenyatwa Hospital.

Dynamos, through their spokesperson Tinashe Farawo released a statement revealing that the former Ngezi and Manica Diamonds player suffered no life-threatening injuries.

“Jaure is being attended to, he is stable. No life-threatening injury at initial assessment,” the statement reads.

“No fractured limbs, he is undergoing a CT scan of the head now to assess potential fracture of the skull and mandible. Generally, he is stable.”

The incident comes at a time clubs are preparing for the 2020 season.

Jaure was last week officially confirmed as the new Dynamos skipper after making a return to the Harare giants ahead of the upcoming Castle Lager Premier League season.

The former University of Pretoria, Ngezi Platinum and Manica Diamonds player is also captain of the locally-based Warriors squad that qualified for the now postponed African Nations Championships (CHAN).

He is one of the most experienced players in the new-look Dynamos squad which features 13 new players.

The new captaincy role at the Harare giants completes a fairy-tale return for Jaure, who rose from the Dynamos juniors in 2010 to become the captain of a trailblazing DeMbare side that won four consecutive league titles under former coach Calisto Pasuwa.