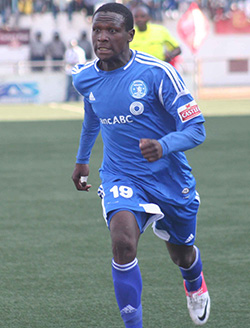 THE future of defensive midfielder Devon Chafa at Dynamos remains certain with the club revealing the player had been priced beyond their reach by his handlers.
Club secretary Webster Chikengezha said although they were keen to seal a deal for Chafa, DC Academy who own his rights, were demanding too much money.
Negotiations with the likes of Simba Sithole, Rodreck Mutuma and Tafadzwa Rusike have also stalled over the same issues.
The contracts of the players expired on December 31.
“There is no doubt about it, Devon is a very good player by any standards but we can’t afford the asking price,” said Chikengezha.
“We have no problem with the signing on fee and the salary but DC Acadamy wants us to pay an additional amount which we feel is just too much.
“The same goes for Simba Sithole, Rodreck Mutuma and Tafadzwa Rusike; their handlers are asking for sums which are too high for us. We have tabled our offer to them but we couldn’t make any headway.