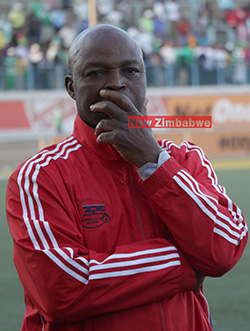 DYNAMOS are close to signing midfielder Wisdom Mutasa from ZPC Kariba as they look to mount a serious challenge on the championship.
The former FC Platinum forward, who is also the Zimbabwe Under 23 captain, is reported to be unhappy at ZPC Kariba where he has not been paid his signing-on fee since joining in January.
The player had wanted to join Dynamos when they were still under the guidance of Paulo Jorge Silva with his father Lloyd the assistant coach then.
However, his latest decision to move to Harare has been motivated by ZPC Kariba’s failure to pay him his signing-on fee since joining them at the start of the year.
The player’s manager Nigel Munyati confirmed on Thursday the player was unhappy at ZPC Kariba and wanted to move on.
“The truth is Wisdom has not been paid his signing on fee by ZPC Kariba since he joined them in January,” said Munyati.
Dynamos treasurer Webster Marechera said he has been talking to the ZPC Kariba management.
“We are at an advanced stage. I am talking to ZPC Kariba and the deal is almost 90%. The good thing is that the player is eager to play for Dynamos.
“We expect to seal the deal soon,” said Marechera.
Should he seal the deal, it will be represent another big capture for Dynamos after they secured Denver Mukamba who is expected to star for the Harare giants against Border Strikers on Sunday.
Mukamba’s clearance from South Africa is expected on Friday.