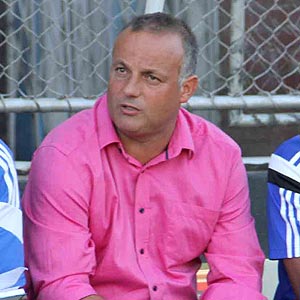 DYNAMOS coach Paulo Jorge Silva is almost certain now that he will be sacked after witnessing his team held 0-0 by struggling Hwange in a PSL match away at the Colliery Stadium on Sunday.
Of the three-match ultimatum handed to Silva by the club executive, he has managed a win over Mutare City, a Harare derby defeat to Caps United and Sunday’s draw with Hwange.
This leaves Dynamos with an overall outing of one win, two draws and as many defeats in this campaign so far.
With just five points to show for their efforts this season, the Harare giants are just one run and a point above the relegation zone. As has become his norm, Silva again found fault with his players for the draw at Hwange and is relishing another chance to correct the team’s weaknesses.
“All-in-all the guys did not play well as they could not keep the ball on the ground. Our opponents also did not make the situation any better as they played long balls which we found difficult to deal with,” Silva said.
“Now it is back to work for us and we want to get the correct formula so that we have some good results. But I am not happy with the way we are playing. We have to get things right here. It is something we can work on.”
The Portuguese mentor will now wait for the Dynamos chiefs to decide on his fate.
Last week Dynamos president Kenny Mubaiwa said they will meet after the Hwange game to conclude on the Silva’s future.