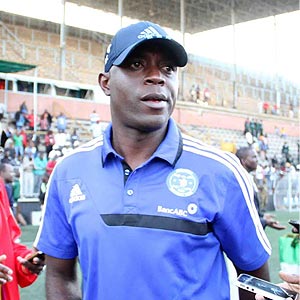 The future of interim coach Tonderayi Ndiraya has been thrown into further uncertainty, following reports that Dynamos are angling an unnamed Portuguese coach to take over.
Ndiraya had been at the helm of the Harare giants, as caretaker gaffer, since mid-last season after taking over from David Mandigora.
Despite ending last season without major silverware and failing to guide Dynamos to a fifth straight defence of the league title, club chiefs insisted that they would stick with Ndiraya this term.
But with Dynamos expected to begin pre-season next week, Ndiraya has not yet been offered a new contract 14 days into the New Year.
This has been slowly validated reports that the club is locked in talks with a Portuguese gaffer.
“I cannot confirm anything or deny but we will have to see what will come up as time goes on,” Dynamos secretary Webster Chikengezha said on Thursday.
Ndiraya has also been mum on his future, referring all inquiries to club chiefs.Advertisement