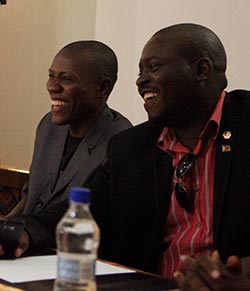 DEFENDING Bob 90 Super Cup holders Dynamos received a bye on Wednesday for this year’s tournament and will only feature in the final, slated for February 23 at Rufaro Stadium in Harare.
Dynamos beat Highlanders 6-1 on aggregate last season in the annual tournament meant to celebrate the birthday of Zimbabwe’s President Robert Mugabe. It has also been previously won by Caps United and FC Platinum.
Highlanders will clash with Harare City in the only semi-final slotted for Barbourfields in Bulawayo on February 16.
The organisers of the annual event, fronted by Stan Kasukuwere, did not reveal the prize money for the tournament. Last year, Dynamos pocketed $100,000 while Highlanders walked away with $70,000.
The Bulawayo giants will not have their Zambian mentor Kelvin Kaindu on the bench as he is still in Zambia completing his CAF A Licence course after which he will fly to the UK for the UEFA B course.
Highlanders chairman Peter Dube, though said, the coach would be in the country by the first week of February. In his absence, new assistant coach Mark Mathe and goalkeeper’s coach Peter Nkomo have taken charge of the pre-season training.
Former assistant coach Bekithemba Ndlovu is still helping the side despite his contract not being renewed.
Dynamos are also without Callisto Pasuwa, who is in South Africa with the Warriors for the African Nations Championships (Chan) finals.
They have had to rope in former coach and current club vice chairman David Mandigora to assist Philemon Mutyakureva.