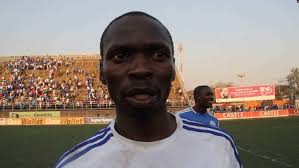 PREMIERSHIP giants, Dynamos are getting impatient with captain Ocean Mushure after the unsettled football star failed to turn up for training again from Tuesday.

Since he was red-carded in the team’s away tie to Triangle on June 3, Mushure has not been attending training.

The left back claims he is owed a total of $24,900 in signing-on fees dating back to 2016 plus winning bonuses from last season.

However, he had promised to report for training Tuesday saying he had engaged the club leadership which had indicated he should come to work while they looked into his dues.

Team manager Richard Chihoro confirmed Mushure had skipped training again. He said his issue was now a major concern as they were looking to beef up the team during this transfer window.

“He didn’t attend training today (Tuesday). We have not been able to get in touch with him. The situation is becoming difficult for us because we want to plan for this transfer window,” said Chihoro.

The transfer window opened on July 1 and will close at the end of the month. Clubs will have the opportunity to beef up or release some players they believe are not helping their cause.

The Glamour Boys are reported to be chasing Hobro IK midfielder Tanaka Chinyahara who is expected to replace midfielder Raphael Manuvire who handed in a transfer request with reports suggesting he was eying a move to ambitious premiership side Triangle. FC Platinum forward Farai Mupasiri is also understood to be on their radar.

Dynamos have also sounded out Cameroonian striker Christian Ntouba Epoupa in a bid to woo him back to the club.

Epoupa had called it quits due to frustration as the Harare giants reneged on their promise to pay him his dues.

Dynamos are set to host Chicken Inn at Rufaro Stadium on Sunday as the second half of the season resumes after a two week break.

The premier league has set a 2pm kick-off for the matches on Saturday, to avoid a Fifa World Cup counter-attraction with the Sunday matches set to start at 3pm.