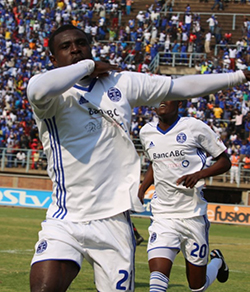 DYNAMOS players a locked in a dispute with the club management over outstanding winning bonuses with player said to be owed around $2,000 each.
The Harare giants finished the season in second place behind eventual winners FC Platinum who beat Dynamos to the league title after ending the campaign on 72 points, two ahead of their rivals.
Players who spoke on condition of anonymity said they were entitled to a $200 bonus for a win and $70 for a drawn game.
“We have not been paid our winning bonus for quite some time. We have not been paid for about 14 matches,” said one of the players.
Dynamos president Keni Mubaiwa said he was not aware of the number of games the players have not been paid and referred questions to Webster Marechera.
“We are looking into their issue. Every company is facing challenges in this environment,” he said.
“Dynamos are not an exception but efforts are being made to address the issue. Maybe the best person to talk to is the treasurer.”
Marechera could not be reached for comment.
Dynamos are bankrolled by principal sponsors BancABC but the funding is limited to payment of salaries alone with the club expected to foot the bill for bonuses and other allowances.
The Glamour Boys had a slow start to the campaign under Lloyd Mutasa who had to assemble a new team from scratch following the departure of several senior players.
The Dynamos gaffer however, defied odds staked against him to fight for the championship until the very last day of the league programme when he was piped by FC Platinum who won it for the first time since their promotion into the topflight.