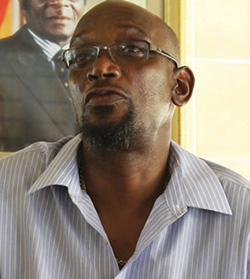 DYNAMOS players are set to share 40 percent of the $100,000 total prize money which the club got for winning the 2014 Castle Lager Premier Soccer League title.
Sponsors Delta Beverages have upped this year’s prize money to $100,000 from last year’s $70 000 for winning the title.
But Dynamos chair Keni Mubaiwa said the players would share 40 percent of the $100 000 prize money following their victory last Sunday. Runners up ZPC Kariba will pocket $60 000.
“We will give the players 40 percent of the prize money,” said Mubaiwa.
“That’s what we did last year and it will be the same this season. For members of the technical team, it will depend on one’s contract.
“The other 60% will go towards administration costs and also pay players what we owe them.”
Last season Dynamos players were involved in a row with the executive over the distribution of the prize money as they rejected a 40% offer.
Dynamos coach Kalisto Pasuwa guided the Harare giants to a record fourth successive league title lasyt Sunday after dismissing How Mine 2-0.
The result was aided by ZPC Kariba’s 3-2 loss to Caps United across town at Gwanzura Stadium on a dramatic final day of the title race.Advertisement