HARARE: Beleaguered Dynamos club president Keni Mubaiwa has resigned.
Mubaiwa threw in the towel, Wednesday as the Harare giants continue to flirt with relegation danger amid chaotic scenes in the coaching department that saw Lloyd Mutasa temporarily lose his job before dramatically being reinstated week.

In his letter of resignation written on his private company letterhead Mubaiwa argued he has been given a raw deal regarding problems at arguably the country’s biggest football club.

“I would like to thank you for affording me the opportunity to serve football since 2010. First as vice president and later as president. 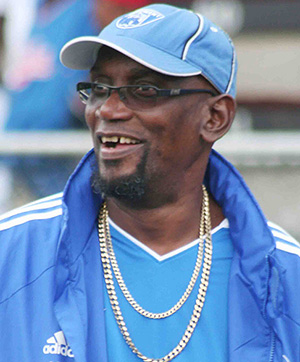 “We had a lot of success during the period winning four titles and other cups. We also managed to overcome many challenges but at this juncture the club is not doing well on and off the pitch as a result of a number of factors,” Mubaiwa said.

He added: “As club president I feel I have not been given enough room of late to correct the situation, yet most the fans continue to blame me for all the problems.

“At this stage I am stepping down to give someone who can work under the prevailing conditions a chance. All the best in your endevours.”

Dynamos currently lie 13th with a paltry 14 points from 15 matches played so far.
Former player Biggie Zuze briefly took charge after Mutasa was kicked out but the former only won two matches in four outing prompting a reversal of the situation.