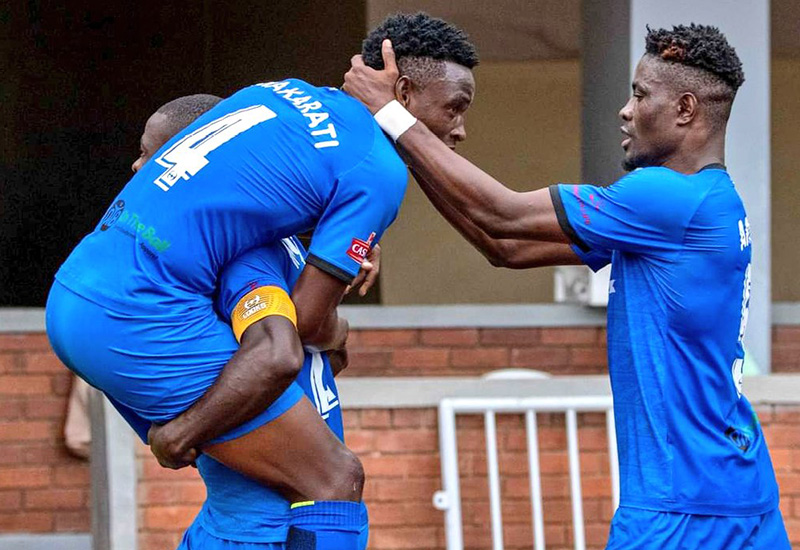 After leaders FC Platinum secured a 2-0 win against Manica Diamonds 24 hours earlier, DeMbare, who were held to a goalless draw against ZPC Kariba in their previous encounter, were desperate to return to winning ways and keep in touch with the log pacesetters.

The Glamour Boys were handed the ideal start when striker Ralph Kawondera opened the scoring for the hosts in the 14th minute, showing his killer instinct to pounce on a rebound after Godknows Murwira’s free-kick was parried back into play.

Harare City, who were winless in their last four matches heading into this weekend’s matches, gave themselves a lifeline when Donald Mudadi equalised in the 27th minute.

DeMbare, however, restored their lead through a goal by midfielder Emmanuel Paga just before halftime.

After going ahead, the Tonderai Ndiraya-coached side never looked like relinquishing their lead as they held on for a win which took their points tally to 49 from 26 matches, six behind table toppers FC Platinum.

Dynamos are also now four points ahead of third-placed Chicken Inn, who suffered their second consecutive defeat after losing 2-1 against Ngezi Platinum  Saturday.

Harare City on the other hand, remain in 16th position with a paltry 23 points. The Sunshine Boys are in real danger of being relegated from the top-flight league.

In other PSL matches played Sunday, Bulawayo Chiefs needed a solitary goal from Perfect Chikwende to seal a 1-0 victory over Black Rhinos while ZPC Kariba moved out of the relegation zone after beating Tenax 2-0 at Vengere.

Triangle United cruised to a 3-0 win against Bulawayo City at Gibbo Stadium to keep their top four hopes alive.