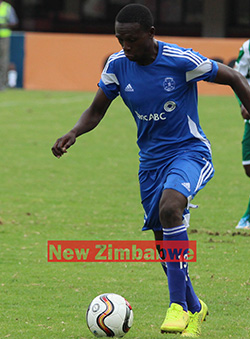 LEAGUE champions Dynamos will be hoping to break the jinx against ZPC Kariba when they face off in the semi-finals of the Uhuru Cup at Rufaro on Wednesday.
Dynamos have never beaten ZPC Kariba since their promotion into the topflight league a year ago.
The reigning champions were beaten 1-0 in their first league encounter before falling 2-0 in the reverse fixture and will be looking to end that poor record against the electricity men by reaching the final of the Independence Trophy.
Dynamos though will be without leftback Quadr Amini who has been ruled out with a groin injury.
Amini also missed the 1-0 victory over Flame Lilly at the weekend and team manager Richard Chihoro said he was still to resume training.
But they go into the match unbeaten in the league and in second spot on the table behind pacesetters Triangle.
That should give David Mandigora’s men confidence going into the match against ZPC Kariba who were held to a 1-1 draw by Dongo Sawmill.
Dynamos were beaten to the trophy 3-0 on penalties last season by FC Platinum after the match had ended deadlocked 1-1 in regulation time.
CAPS United take on FC Platinum

Meanwhile, CAPS United bruised and battered after a 4-0 humiliating defeat by Triangle, will be seeking redemption when they face bogey side FC Platinum in another semi-final of the Independence trophy at Mandava on Wednesday.
The final have been set for the National Sports Stadium in Harare on 18 April.
Teams that finished in the top four in the league last term have been selected to take part in this year’s Uhuru Cup.
The defeat to Triangle was the Harare giants’ first of the campaign in the league under English coach Mark Harrison, having won their previous four matches.
That result has exposed Caps United’s defensive frailties, and as they face defending champions FC Platinum in a replica of the two teams’ clash in week two of this season’s premier league, they are aware they have a lot of work to do.
The Harare giants laboured to a 1-0 victory over their Zvishavane rivals in that encounter.
Caps have also been rocked by financial challenges with players boycotting their league match against How Mine over outstanding salaries and will be looking to make amends with qualification for the final.Advertisement

Last season, the two teams met three times in league and cup competitions, and settled for a 0-0 draw in the first meeting before FC Platinum ran away 2-1 winners.
Caps United were then humiliated 6-0 in the ZNA Charity Shield final.
But FC Platinum are also coming from a 3-1 defeat to Chicken Inn and will be looking to appease their supporters by successfully defending their Uhuru trophy.