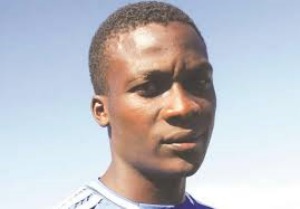 DYNAMOS captain Augustine Mbara is the latest Zimbabwean to try his luck in the cash-rich Absa Premiership after being invited for trials by Bidvest Wits.
Mbara was appointed captain by new coach David Mandigora, taking over from the retired Murape Murape.
The player’s agent, Gibson Mahachi, confirmed the new developments.
“He’s already in South Africa; he left on Monday. He has been doing well and I hope he will do the same. I am told he did well and this morning (Wednesday) in a friendly match. I am confident he will be joining them for next season,” Mahachi added.
Should Mbara impress, he will sign a pre-contract before moving in the next transfer window in July.
Wits are home to former Warriors left back Onisimor Bhasera and recently took Harare City striker Francesco Zekumbawira on trials but he failed.Advertisement