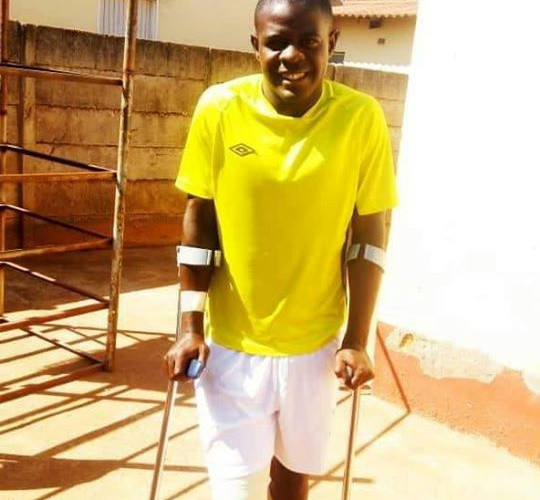 DYNAMOS utility player Godknows Murwira faces a lengthy spell on the sidelines after undergoing surgery on his injured knee on Friday.

The Harare giants revealed that the 26-year-old versatile player had gone under the knife and was now on the road to full recovery.

“The doctors are saying it will take at least six weeks for him to recover and we are hoping for the best.”

Murwira made a return to his former club Dynamos on loan from FC Platinum last season but tore his knee ligaments late last year which ruled him out for the rest of the campaign.

The player’s hopes of making a return ahead of the new season were dashed when he aggravated the injury during pre-season training earlier this year.

He had been ruled out for the first half of the 2020 season before the Premier Soccer League season was put on hold due to the coronavirus pandemic.

The season could start in August/September after the ZIFA Emergency Committee provisionally settled for that period recently.

The former Ngezi Platinum Stars player will be hoping to take advantage of the delay to the start of the season to rehabilitate and recover in the hope of playing a part in DeMbare’s campaign when domestic football finally resumes.

Normally, the type of operation Murwira underwent takes between six to eight weeks to fully heal.

The Dynamos technical team led by Tonderai Ndiraya hopes all goes well for Murwira to be part of the Glamour Boys in time for the scheduled start of the delayed season.

Murwira is supposed to go back to his parent club, FC Platinum, at the expiry of his loan spell in December this year.

But, there is a possibility he will stay beyond that period on condition the two clubs find common ground as they are understood to have started negotiations towards extending the loan.

Murwira is one of the two Dynamos players racing against time ahead of the start of the delayed season.

Club captain Partson Jaure is still recovering from injuries sustained in a car accident in March.

The 29-year defender old suffered a skull fracture in the crash which happened near Prince Edward school in Harare and required to undergo surgery.