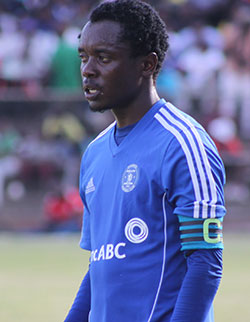 DYNAMOS are in the final stretch of their preparations for Saturday’s home Caf Champions League first round, first leg against Congolese giants AS Vita.
The Harare giants are hard pressed to reach the Champions League group stages that have eluded them since 2010.
“Right now we are at an advantage that there are no injuries in the squad. We played two friendly matches at the weekend and no one was injured. Hope things stay like that until Saturday,” team manager Richard Chihoro said.
The 1998 finalists beat Botswana champions Mochudi Center Chiefs 4-1 on aggregate in the preliminary round to book the Vita date.
Vita saw off Nigerian outfit Kano Pillars to reach the first round.
“We know AS Vita are a level higher than Mochudi Center Chiefs so we have to up our game. We are gearing up for them and I am sure we will progress to the next round and ultimately the mini-league stage,” Chihoro said.
Dynamos however, have to banish the poor away record that is haunting them when they visit Vita a week later.
Masimba Mabare, Ronald Chitiyo, Walter Mukanga and Tawanda Muparati did not participate in last Saturday’s 1-0 friendly match win over Buffaloes but are now back at training.
Advertisement