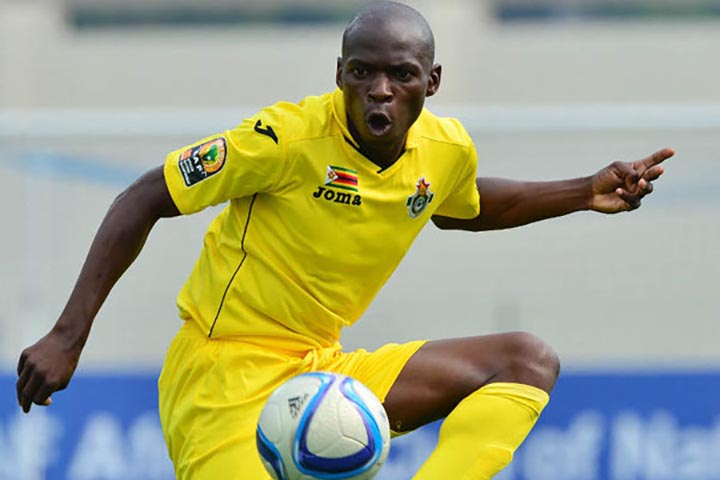 TROUBLED Harare giants Dynamos will be without their influential skipper Ocean Mushure for their Chibuku Super Cup quarterfinal against Herentals at Rufaro Stadium on Sunday after he withdrew from the squad preparing for the match due to a family bereavement.

The experienced and versatile left-sided player was expected to play a crucial role for the Harare giants as they seek to not only progress to the semi-finals of the Chibuku Super Cup but also avoid relegation from the top-flight league.

Mushure is one of the three major absentees for the tricky last eight encounter against Herentals together with the injured midfield duo of Cleopas Kapupurika and Brett Amidu.

Dynamos interim coach Lloyd Chigowe however played down the trio’s absence and believes he’s got enough cover in his squad ahead of the clash.

“Cleopas Kapupurika and Brett Amidu are unavailable due to injuries while Ocean Mushure has asked to be excused due to a family bereavement,” Chigowe told reporters after his team’s training session in Harare on Thursday.

“I believe that in terms of wingers we’ve got them aplenty and the return of our three of our centre backs from injury gives us depth in defence. The absence of Amidu and Kapupurika gives a chance to the other players to get a run. For instance when Kumwala came in against FC Platinum he gave one hell of good game so we think we’re covered in those areas.

He added: “We’ve also got Valentine Kadonzvo who has also been out through injury who is also back today; while Emmanuel Mandiranga who is a wide player as well as Kudzanai Dhemere also give us other options. So basically those absentees are not a very big blow to us,” he said.

Chigowe, who was roped in last week following the sacking of Lloyd Mutasa, also revealed that key player Denver Mukamba is set to return after missing the 2-0 defeat away to FC Platinum last Saturday which plunged them into the relegation zone for the first time this season.

Mukamba has been very influential in leading the team in their battle for survival with his creativity and passing range although his poor disciplinary record remains a cause for concern for the Harare giants.

“Denver is an asset to any team if you’re able to utilise his vast technique and other qualities. I will not say much for fear of alerting and informing the opposition,” he said with a chuckle.

Chigowe emphasised the need for his side to do well in the Chibuku Super Cup as they seek to regain their confidence after what has largely miserable season in the league championship.

The Glamour Boys have not won the tournament since it was relaunched four years ago.

“It’s critical that we win this match in the sense that you need to raise the morale of the boys and bring back the self-belief,” he said.

“The Chibuku Trophy obviously has monetary rewards and you get honours if you get a winner’s medal and for any football player or coach for you to be on the winner’s podium is critical and important.”

DeMbare got to the quarterfinals after knocking out Bulawayo Chiefs with a 1-0 victory at Rufaro Stadium two weeks ago.

They face a Herentals side that has proved to be a tough team to play against, with the two having played out a goalless draw in their first league meeting.

“The last time we played them we thought we got a raw deal, we felt we should have been three points up but there were some decisions that went against us. Also the rains fell and affected the rhythm of our play we thought we were on top of our game. This will be a completely new ball game altogether we should treat them with respect and apply ourselves to get a good result,” he said.

In other Chibuku Super Cup quarterfinals defending champions Harare City host Highlanders at Rufaro on Saturday while Chapungu and CAPS United tussle at Ascot in the other semi-final on the same day. Dark horses Triangle will host newboys Nichrut at Gibbo on Sunday.