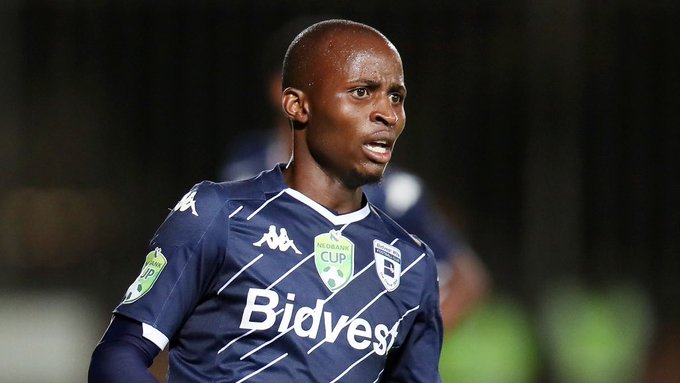 Terrence Dzvukamanja
Spread This News
By Sports Reporter
ZIMBABWE international Terrence Dzvukamanja has joined South African football giants Orlando Pirates on a three-year deal after an impressive season with the now-defunct Absa Premiership side Bidvest Wits.
Dzvukamanja has been attracting the services of several top clubs in South Africa after Bidvest Wits sold its franchise to Tshakhuma Tsha Madzivhandila (TTM) at the end of last season.
And Pirates, who finished last season in the third position on the Absa Premiership standings have won the race for his signature and on Wednesday confirmed his signing together and with his former Wits teammate Collins Makgaka.
“Following the announcement of the signing of Thulani Hlatshwayo and Deon Hotto Kavendji on Monday, the club is pleased to announce two more additions ahead of the start of the 2020/21 season,” Orlando Pirates said in a statement on their official website.
“Terrence Dzvukamanja and Collins Makgaka have joined the club. Dzvukamanja has put pen to paper having agreed to a three-year deal with the Buccaneers. Meanwhile, Makgaka joins the club from Baroka FC. The 24-year old is an exciting attacking midfielder who spent five seasons with Bakgakga.”
Speaking on his signing Makgaka said, “I am pleased to have joined Orlando Pirates Football Club. I hope to repay the team for the faith that they have shown in me.”
The 26-year-old Zimbabwean joined Wits from Ngezi Platinum FC in 2018, where he went on to make 52 domestic appearances, scoring 14 goals in all competitions since then.
Dzvukamanja has also been called up to the Warriors squad on several occasions and will be eager to establish himself as a key member of the national team during the upcoming 2021 AFCON qualifiers.