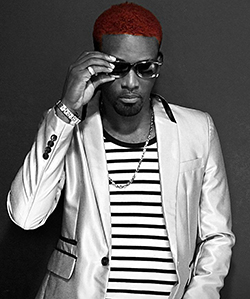 JAMAICAN reggae artiste Konshens has cancelled his much-awaited Zimbabwean show due to Ebola fears, organisers said Friday.
Delta Beverages said in a statement that Konshens, real name Garfield Spence, cancelled his trip to Zimbabwe after the Jamaican government barred all travel to Africa in the wake of the Ebola outbreak in parts of the continent.
“Owing to directives from the Jamaican government barring performing artists from that country to any country on the African continent citing concerns over Ebola hemorrhagic fever, Koshens has cancelled his trip,” the organisers said.
The Jamaican artiste was due to be the headline act at the 2014 Lion Lager Summer Beer Festival set for Harare on Friday night.
Another Jamaican artiste Luciano also cancelled his African tour on Wednesday.

Meanwhile Konshens issued the following apology to fans on Friday:
“TO all my fans in Zimbabwe I want to apologise, as I won’t be at the event, which I was slated to perform. This is as a result of the seriousness of this Ebola outbreak… We are well aware that Zimbabwe has not been affected by the virus but my team, my musicians, my country and now even myself are all fearful of contracting this disease through transit or even contributing to the spread of it.
At this time it is not safe to be traveling internationally nor is it a safe time for you to be entertaining outsiders into your country.  We all love music and entertainment and this is my life but at this time there are way more serious things at stake than a show.
All true fans of Konshens and dancehall/reggae music overall should agree that this is indeed a good move for the well-being of ourselves on this side of the world and also the people of Zimbabwe. We should all focus our efforts on bringing this terrible situation under control.
I’ve done my research on your beautiful country and I would not want my first trip there to be marred by fear, I would want to be focused on providing high quality entertainment and also enjoying the beauty of Zimbabwe. Again I am sorry… To all my fans and supporters.  I hope the opportunity presents itself again for me to come to your lovely land.Advertisement

To the promoters of the event, myself and my team, we extend our deepest and most sincere apologies. We respect your efforts to make it work and we are sure if not for this serious situation this show would have been a huge success.  Nuff love Zimbabwe.”