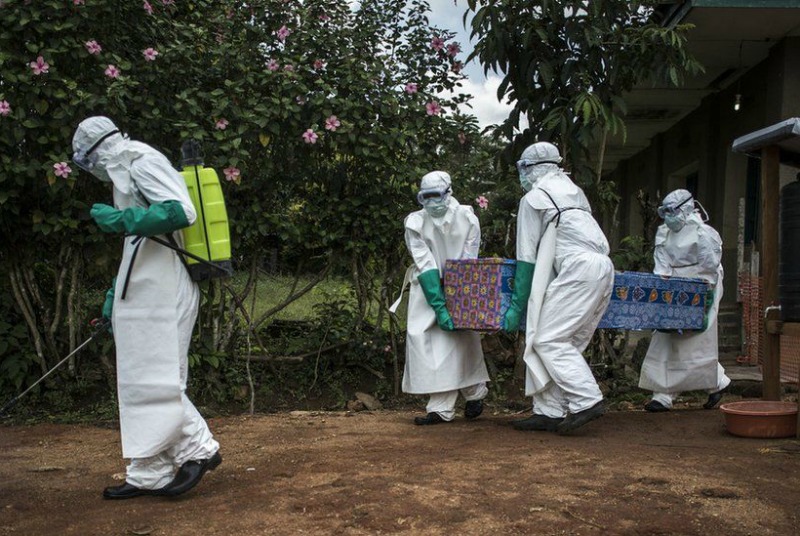 New cases of Ebola in urban areas of the Democratic Republic of Congo show the outbreak is not yet under control.

The charity Oxfam says that the next few weeks are critical to contain the virus, which has claimed 90 lives since 1 August.

This is the ninth time an Ebola outbreak has been recorded in DR Congo. The virus was first discovered there in 1976 – when the country was known as Zaire – and is named after the Ebola River.

The epicentre of the recent outbreak is the densely populate town of Mangina.

“While the transmission rate appeared to be slowing down due to communities responding quickly to prevent the spread, these new cases in urban areas mean we’re not out of the woods yet,” says Jose Barahona, Oxfam’s country director in DR Congo.

“It’s also of real concern that three cases of the virus were found in a place where armed groups are highly active.

“These are hostile groups who don’t negotiate and our ability to reach people in need is extremely challenging.”

The charity is concerned that fear is making some people take huge health risks.

“Some people are avoiding taking sick family members to Ebola treatment centres, because they see them as ‘prisons’ or ‘places of death’,” says Barahona.

“A significant number of people who have been in touch with someone contagious have fled their homes and, in some cases, people are resisting handing over bodies of their deceased loved ones, making the threat of the virus spreading much more acute.

“People are facing the virus for the first time, so they are understandably shocked and scared.

“If you add in the appearance of health workers in space-age hazard suits and the fact they’ve been living with the threat of violence for decades, you can imagine how terrifying the situation is.”