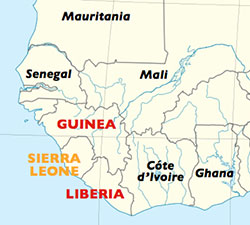 I WOULD like to commence with a foreword to readers. This is a general commentary about some of the issues I personally believe are barriers to our progress as Africans. I will also highlight some issues without going into technical details. Most of my thoughts have been provoked by unfolding and unfortunate Ebola events in West Africa, and the comments about the West’s `intentional’ poor response to the so called “African problem”.
Well, I don’t know where to start. It would be fitting maybe to begin by saying that developing and testing a treatment or vaccine takes decades, especially for viral infections. It’s the reality we can’t run away from. Even if you develop a vaccine or treatment for those several years, the chances of it being effective to be accepted in practice is less than 20% – much, much lower for viral infections. This is one reason among many why we are still struggling with HIV today. With all these issues, it means that there are enormous resources committed upfront with huge uncertainty about the success of new treatments or vaccines.
Due to this challenge, most medical breakthroughs in drugs and vaccines are being led by pharmaceutical companies such as: http://www.currentpartnering.com/insight/company-tracker/top-50-pharma/. What drives these companies is commercial interest, irrespective of their location or target market. It doesn’t matter whether it’s in Asia or Africa. That should not be mistaken. That is why Apple and Samsung are almost everywhere (not sure about North Korea). Therefore, like any other business model, there is a key element of prioritisation regarding which molecules (treatments or vaccines) to pursue to maximise their profits. It’s not robotic science to see that factors such as burden and seriousness of the medical condition come into play.
Nowadays, consideration is also given to whether you are targeting a cure (unlikely) or vaccine or even trying to modify the disease to make it chronic instead of being fatal (such as ARVs for HIV) or risk factors of the disease such that it becomes manageable (such as Statins). In an ideal world you would want medical innovation which cures diseases, but everything is muddled by the commercial interests. One important point to note is that governments offer massive incentives for companies to develop treatments for orphan diseases – those affecting a very small fraction of the population. It’s the name of the game in “developed” countries; otherwise there wouldn’t be any incentive for companies to spend billions only to get millions in return.Advertisement