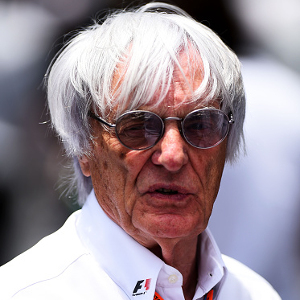 FORMULA One magnate Bernie Ecclestone says he wants to see the sport debut in Africa and has put pressure on the German Grand Prix after it was cancelled last season.
In an interview with Hamburg-based newspaper Handelsblatt Ecclestone says he has had conversations about taking Formula One to Africa and is also toying with holding a second Grand Prix in America with Austin, Texas, hosting the US Grand Prix on October 23.
“I would like to see a race in Africa, where we so far have never raced,” said the 85-year-old.
“The first conversations have already taken place and perhaps one more race in the US, let’s see.”
After a one-year absence, Formula One racing will return to Germany again this summer when Hockenheim hosts a Grand Prix on July 31, but Ecclestone says the Germans have ground to make up.
Last year’s race at Nurburgring, which is scheduled to host again in 2017, was cancelled due to contractual problems and Ecclestone says Hockenheim, which could not host the 2015 race at short notice, has much to live up to.
“We wanted Hockenheim to wake up a little last year,” said Ecclestone, who says the circuit has a contract for this year and 2018 which is “not an especially good one”.
“They are still living 20 years behind the times when I compare it to other events.”
The new season starts in Australia on March 20 with Ecclestone breaking new ground by holding a Grand Prix in Baku, Azerbaijan, for the first time on June 20.Advertisement