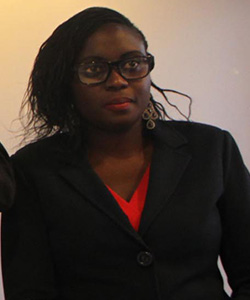 ECONET money transfer subsidiary, EcoCash has partnered with MoneyGram to expand its money transfer service worldwide while fulfilling its corporate responsibility to boost financial inflows into Zimbabwe.
The new partnership allows EcoCash to widen its reach more than 200 world countries already being serviced by MoneyGram.
MoneyGram, on its part, has found access to a 4,5 million strong active base of EcoCash wallet holders ably serviced by a rich web of agents.
“MoneyGram is already operating in Zimbabwe for many years but this one is special because it is mobile centric; it allows senders and recipients to transact via phone,” EcoCash Head of Business Development Natalie Jabangwe.
She was speaking at a brief launch ceremony of the partnership in Harare on Wednesday.
Econet Chief Operating Officer, Fayat King was equally upbeat, adding that the initiative would increase remittances in a country with a huge Diaspora community dotted all over the world.
“With this partner, we see remittances picking up within the framework that we set up. We also see it flowing to the 4,5 million plus customers that we have,” King said.
“This in a way will lift the standards of living of our people, it will also lift the livelihoods, and also promote development, it will promote GDP, it will promote cash flow, it will promote the wellbeing of each and every Zimbabwean.”
The initiative, according to EcoCash, comes with an innovative product that allows customers over five options through which they can send and receive cash.
Moneygram Vice President for Africa Herve Chomel said his company was also excited with the opportunity to piggyback on EcoCash’s mobile based customer base.
“We are positive that the launch of our partnership with Econet will allow MoneyGram customers to receive their remittances into the 4,5 million Ecocash wallets,” he said, adding, “it will not only redefine the concept of convenience but will also help boost remittances into Zimbabwe for economic development.”
Reserve Bank of Zimbabwe deputy governor, Charity Dhliwayo who was guest speaker at the launch, hailed the innovation but challenged the country’s largest mobile services provider to consider the negative effects of its high rate structure.
“As we implement this initiative, however, the parties must ensure that the cost of transacting through the platform is sustainable for the transacting public,” said Dhliwayo.Advertisement

“This will promote flow of funds through formal channels and enable the creation of innovative instruments and products to harness the developmental impact of these remittances.
“Evidence suggests that currently it is costly to send money through money transfer agencies and this has limited the magnitude of funds challenged through these platforms as people opt for the cheaper informal channels.”
Ecocash is already in partnerships with other world renowned money transfer agents such as Western Union, WorldRemit and South Africa’s CALLHOME.