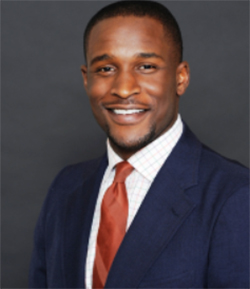 Is it not shameful for this company to rip of consumers, including poor people in far flung areas like Binga, Mahenye and Dotito, so that it can pay $40 million to Mr Nyambirai in Harare?
I HATE bullies, be they human or corporate. Their intention is to instill the fear of God, mainly to avoid scrutiny. I had this feeling about Econet Wireless and Steward Bank in the past few weeks after reading about their “raid” of The Source, a media house. I write this opinion with a heavy heart as I have been a shareholder of Econet since inception, and by extension, am also a shareholder of Steward Bank.
I became an Econet shareholder in August 1998 when the company listed on the ZSE, and my purchase of the shares was largely driven by my view that its promoter, Strive Masiyiwa, was a victim and an underdog. I have divested from the company over the years largely on account of the company’s conduct which I view to be ethically problematic, borderline and objectionable.
For example:

Econet maintained Deloitte as auditors for more than eight years, a scenario contrary to corporate governance norms.
Around 2003-4, I attended an AGM, presided over by then Chairman, Professor Norman Nyazema, at which Strive Masiyiwa, who was, by then spearheading its operation as Group CEO in South Africa, spoke through video conference and promised shareholders that they would be rewarded for funding Econet’s international expansion. This never happened and, in fact, shareholders went on to lose value via Econet’s botched joint venture with Altech.
While Tawanda Nyambirai was chairman of Econet, the board went on to appoint Mtetwa and Nyambirai as legal advisors, a law firm in which Nyambirai is a partner and whose invoices he signed off as board chairman. This did not end here, Econet went on to appoint Beatrice Mtetwa to the same board; making her a director of a company for which she provides legal services.
While Tawanda Nyambirai was the chairman of the board, the company he was a shareholder to, and which he presided over as CEO, TN Financial Services, were financial advisors to Econet, a conflict of interest which was flagged by the local media at some point; and …
In 2009, Econet Wireless Global, which itself was set up and funded by and on the back of Econet Wireless Zimbabwe, gave funds to the local company, and at an EGM, presided over by Tawanda Nyambirai, Econet sought to convert this to equity, which had the effect of diluting other shareholders. Minority shareholders, led by Old Mutual demanded a poll, in terms of the Companies Act. An extremely controversial poll, which was believed to be rigged by many shareholders, presided over by Tawanda Gumbo, then CEO of Delloitte was conducted at around noon, and the results were only announced in the evening when most of the shareholders had dispersed. This led to a public spat between Econet and Old Mutual. Econet later dropped Delloitte as its auditors, and went on to hire a Delloitte partner, Roy Chimanikire as its finance director.

The foregoing questionable issues are matters for another day. In this article, I am interested in drilling at what I find to be a questionable and typical case of corporate incest arising from the Econet and Steward Bank’s search and seize operation at the Source. It’s a matter that is of deep public interest for several reasons as follows:Advertisement

Econet is a publicly listed company, meaning that members of the general public are shareholders, so are institutional investors who invest public funds in the company.
Econet’s several million subscribers, that it has tended to take for granted for years, are the Zimbabweans that it depends on for its very existence.
By virtue of its mobile wallet service EcoCash, Econet is a pseudo-bank and holds deposits for millions of Zimbabweans, some of them so rudimentary that they will never understand where and who holds their deposits, especially village folks who just know that “mari yavo iri muEcocash”.
Steward Bank, just like any bank, is a custodian of funds owned by the public. This is why even if banks are not listed, they are required to publish audited accounts every six months. But it’s not enough that banks are supervised by the central bank because in the past few years, several banks superintended by the RBZ have failed, causing severe losses to businesses and the general public. To be more specific, the public has lost money through banks that have gone under, such as Interfin Banking Corporation, Allied Bank, Tetrad Bank, Genesis Investments Bank, AfrAsia Kingdom Bank, Trust Banking Corporation, First National Building Society, United Merchant Bank, Renaissance Merchant Bank (which later became Capital Bank). Consequences of these closures to the economy, and lives of the people have been grave and painful.

The whole Econet /Steward Bank affair, to us the public, is not, and must not be an issue of client confidentiality because that issue will become a peripheral matter if Steward bank collapses on account of imprudent banking behaviour and millions of customers lose their hard-earned cash, including EcoCash deposits that are held at the bank. This is a matter of tremendous public interest, which is why I thank The Source for bringing it to our attention, and I have become more suspicious of Econet for trying to hush-hush transactions that in my view raise serious questions of prudence on the part of the bank.
The involvement of Tawanda Nyambirai in my mind makes the affair stink to high heavens. Key questions that come into my mind are:

Why did the bank advance a loan which did not have adequate collateral security, as alleged, to Mr Chiyangwa?
Why did Econet pay Tawanda Nyambirai and his firm $39.9 million for “consultancy” for its licensing and debt collection?
Why was Nyambirai introduced at the controversial press conference as Steward Bank’s Head of Legal Services?

Taonezvi is a former banker and an equity investor in small start-up companies in Zimbabwe, Botswana, Zambia and South Africa. He first acquired shares in Econet Wireless in its IPO when it listed on the ZSE in 1998. He attended the majority of AGMs and EGMs at Econet for many years until 2009, chaired by both Professor Norman Nyazema and Tawanda Nyambirai. He regularly moves between South Africa and Zimbabwe. Taonezvi holds a business postgraduate qualification from an Ivy League university in the USA, where he carried out research on code driven versus regulated corporate governance issues.