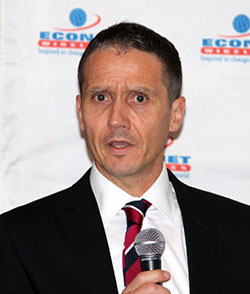 The group’s interests extend beyond telecoms into areas like renewable energy, financial services and hospitality.
It also owns the majority interest in US based Seldon Technologies, which produces nano-carbon filtration systems.