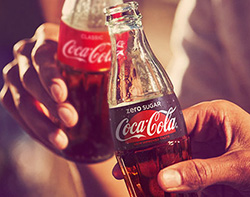 MUTARE:  Mutare Bottling Company (MBC) says its revenue declined by 20 percent while sales volumes slumped by 17 percent in the period between 2014 and 2016, as cheap imports from Mozambique flooded the eastern region, its catchment area.
MBC, which is 69 percent owned by Econet Wireless,is one of the two local companies licensed to produce Coca-Cola products, along with Delta Corporation.
MBC managing director Allen Lang said the declining business volumes had forced the company to retrench in a bid to cut costs.
“You are aware that the company has been struggling over the past few years due to the declining business. The company has also not been spared by the negative impact of cheap, illegal imports of soft drinks coming from Mozambique, which have resulted in a significant loss in our market share,” Lang said in a letter sent to workers.
Lang later told The Source that 61 workers had been served with termination notices.
The affected employees were given three months termination notices in terms of Section 12C of the Labour Act (Chapter 28:01).
“Plant capacity utilisation is only at 15 percent but the company is carrying a staff complement that is much higher than what the current production or sales require. These facts, coupled with high levels of debt has resulted in MBC incurring substantial losses over the past year.”
MBC has also temporarily closed its Rusape deport.Advertisement