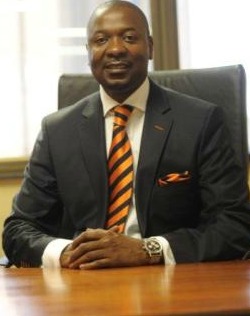 ECONET-OWNED TN Bank has reported losses of US$10,4 million from a profit of US$1,57 million in 2011 mainly on the back of prudential provisioning and rationalisation of its branch network.
The bank’s total assets grew by 54 percent from US$119,5 million as at December 2011 to US$184,5 million while its liquidity ratio increased from five percent to 25 percent although  measures continue to be employed to take it up to the statutory thresholds of 30 percent.
During the course of the 14 months to February this year, Econet Wireless Zimbabwe Limited (EWZL) acquired the majority of the issued share capital of TN Bank Limited mainly to drive the development and growth of its EcoCash product.
EWZL acquired 45 percent of the bank on 12 July 2012 and the Bank was demerged from Lifestyle Holdings an opportunity to exchange TN Bank ordinary shares from EWZL ordinary shares or cash.
The transaction resulted in EWZL effectively increasing its interest in TN Bank to 98,6 percent with the remaining 1,4 percent set be acquired by 10 June  2013.
“There were changes in comparison of the board and management following the acquisition. The bank appointed Kwanele Ngwenya as Chief Executive Officer with effect from February 2013. Other executive appointments are being made as the bank builds a robust management team,” said group chairperson Olumatomisin Fashina.
Going forward the bank said it was confident that the economy was geared for robust growth underpinned by improved fortunes in resources, agriculture and tourism.
As part of the bank’s re-alignment, the bank will be undertaking a massive rebranding and re-launch initiative that will see improved customer service, innovative banking products and “unparalled financial stability”.
“We are committed to overhauling our processes our systems and structures to deliver a bank that is relevant responsive, sensitive and strong,” Fashima said.
Fashima said the bank was now focusing on providing banking solutions to the informal and unbanked sectors of our economy by increasing financial inclusion, fostering a savings culture and providing financial support to the ordinary entrepreneurial citizen.Advertisement