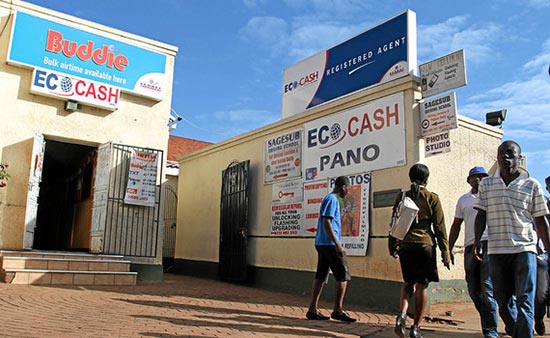 THE country’s largest mobile phone operator Econet Wireless says failure to pay interconnection fees by its state-owned rivals — NetOne and fixed line phone operator TelOne amounting to over $26 million in the last five years — could paralyse the telecoms sector.
Econet said in its annual report that it has strong reservations on proposed infrastructure sharing after investing $125 million in network rollout in the full year to February 2015 — bringing its total expenditure on core infrastructure to over $1,2 billion over the five years.
Government wants local telcos to share infrastructure to reduce operational costs and pass the benefits to subscribers in the form of cheaper voice calls and data, and expects to finalise mandatory sharing regulations next month.
It says infrastructure sharing could save the industry up to 60 percent in capital expenditure.
But Econet feels it is not fair to have infrastructure sharing given the huge disparity in the level of investment and also the quality of the equipment.
The company has in the past threatened to disconnect its rivals due to the growing debt, forcing government to intervene.
“A disturbing trend has emerged over the last five years in which NetOne and TelOne have been increasingly unable or unwilling to settle their debts. During the period under review the two operators accumulated new debts amounting to about $26,3 million,” said the company.
“If unchecked, the rate at which NetOne and TelOne have continued to default on their contractual obligations will threaten the viability of the entire telecommunications sector.”
The company said its network investment sustains the jobs of over 2,000 direct employees, and over 35,000 indirect jobs.
More than 20,000 small businesses across the country, particularly in rural areas, receive regular income from selling airtime, and also transacting for EcoCash.
Econet’s earnings have been falling in recent years as the economy slid into recession. It’s after tax profit, which peaked at $165 million in 2012, has been on a downward trend, falling to $139 million in 2013 before almost halving to $70 million this year.
The company says it has surpassed $1 billion in its contribution to the fiscus through taxes, fees, and other levies since the dollarisation of the economy in 2009.Advertisement